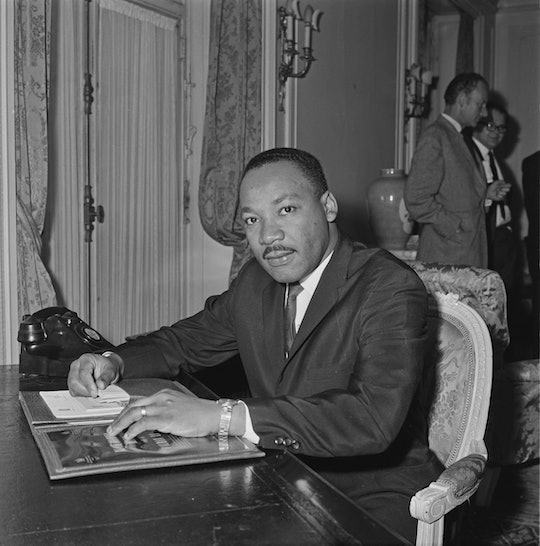 “We will not accept empty promises in pursuit of my father’s dream for a more equal and just America.”

The family of Dr. Martin Luther King Jr. has a special and unique request to celebrate his memory this year. Typically Martin Luther King Jr. Day is observed for community events such as parades, prayer breakfasts, luncheons and not to mention the much-needed day off of work. But this year, loved ones of the slain civil rights leader are asking observers to observe the holiday differently and are requesting no celebrations until lawmakers pass voting rights legislation.

“No celebration without legislation,” Martin Luther King III, the oldest son and living child of King Jr. and Coretta Scott King, tweeted and pinned to his page on Dec. 15, 2021. “On January 17, join me to honor my father and the #MLKLegacy as we call on Congress and the White House to eliminate the Jim Crow filibuster and pass voting rights to protect millions of Black and Brown voters.”

The John Lewis Voting Rights Advancement Act and the Freedom To Vote Act are currently in legislation and meeting pushback from Republicans like Senate Minority Leader Mitch McConnell.

The John Lewis Act, named after the late “Good Trouble” civil rights leader, will strengthen and restore parts of the Voting Rights Act of 1965 that are currently under threat. The Freedom To Vote Act will protect votes from voters suppression.

“President Biden and Congress used their political muscle to deliver a vital infrastructure deal, and now we are calling on them to do the same to restore the very voting rights protections my father and countless other civil rights leaders bled to secure,” King III said in a statement as reported by the NNPA. “We will not accept empty promises in pursuit of my father’s dream for a more equal and just America.”

But Republican states such as Florida, Texas, and Georgia are attempting to pass voters suppression laws that would disproportionately impact minority voters.

On Tuesday, President Joe Biden made a bold move and called for Senate Democrats to bypass the filibuster and pass the voting rights bills. “When it comes to protecting majority rule in America, the majority should rule,” the president said during a speech in Atlanta on Jan. 11. “This is the moment to decide to defend our elections and to defend our democracy.”

While in Atlanta, the president and Vice President Kamala Harris met with King's family to lay a wreath at the late civil rights couple's tomb. “Let us continue to honor #MLKLegacy by passing federal voting rights protection,” King III tweeted, thanking the president and vice president.

As for Martin Luther King Jr. Day on Jan. 17, which is King’s birthday, the family reportedly plans to hold a rally in Phoenix and later march across the Frederick Douglass Memorial Bridge in Washington, D.C.