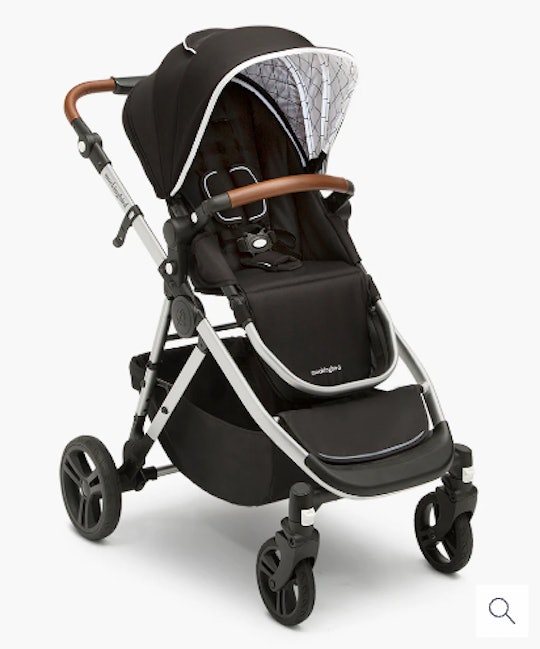 Customers will receive a reinforcement kit to remedy the issue.

Stroller-maker Mockingbird has issued a recall of its Single-to-Double stroller, a decision that affects approximately 149,000 strollers with lot numbers 20091 to 22602. The recall comes almost two weeks after the company issued a message that it was working with the U.S. Consumer Product Safety Commission (CPSC) to investigate parents’ reports of the stroller breaking.

“Despite surpassing the highest governmental regulations for stroller safety, we received reports from some customers whose Single-to-Double Stroller developed cracks in the side of their frame, posing a fall risk to children in the stroller,” Mockingbird says on its website before noting that the recall only applies to certain Single-to-Double stroller models.

This decision comes after 138 reports of the stroller’s frame cracking, often while in use, resulting in harrowing experiences for families and non-serious injuries of at least eight children, according to Consumer Reports.

Mockingbird first addressed this issue in late October, warning customers to check their stroller’s frame for cracks. “We wanted to share that we’ve received reports of some isolated incidents from customers whose Single-to-Double Stroller developed cracks in the side of their frame during use, at times resulting in a break,” the company said in an email to customers and in a post on social media. “We’re taking this very seriously, and have been actively investigating to determine if there is a root cause and, if needed, find an appropriate solution.”

The solution, ultimately, was the issue of a recall. Rather than issuing refunds, Mockingbird has asked customers to stop using the stroller until owners can install a special reinforcement kit, consisting of two clamps to be attached to the sides of the stroller’s frame. The kit will be sent for free to affected products.

The company has issued a voluntary recall of Mockingbird’s Single-to-Double stroller, urging customers not to use the stroller until installing specially made reinforcement kit.

Variously widely shared stories on social media, as well as an October report from Consumer Reports prompted the investigation that led to this recall. On Sept. 15, Ealeal Ginott posted about an incident that seems to correspond with the kind of isolated incidents Mockingbird is referring to. In a public Facebook post, she shared that the stroller, which she had used for just seven months, snapped in half as she and her children were crossing a street in New York City. Her infant and toddler were in their seats, and the older child fell to the asphalt face-first. “Obviously, it could’ve ended much worse,” she wrote, and it appears neither of her children sustained serious injuries. Still, the experience was scary and, as she noted, could have been serious indeed. “I recommended this stroller to so many friends, and now I just feel terrible, because who knows what might happen,” she concluded. “It was terrifying, and I certainly don’t want this to happen to anyone else.”

Some families are less than enthusiastic about Mockingbird’s solution to this issue, taking to social media to express their frustration. “Requested the kit. I appreciate that,” @moniluv112 replied to the announcement on Instagram, “but one to two weeks to get it and you’re suggesting not to [use] the stroller? We use it twice a day. Twice a day! This is extremely disappointing. These kits should be overnighted. I’m crying. This is a huge disruption. We don’t have a yard. The stroller is essential for us. I’m so upset.”

“You should refund anyone with a stroller included in the recall. Extremely disappointed the only option is to get a reinforcement kit,” writes @nicolemoeller_. “I have zero interest continuing to use your product after the way you handled this entire situation.”

If you want to know if your family has been affected by the Mockingbird Single-to-Double stroller recall, visit the company’s website.

More Like This
Kate Winslet Shares Why She Thinks Kids Shouldn't Have Smartphones Or Be On Social Media
Even If Your Baby Sleeps Better in Your Bed, It’s Still Not Recommended
Parents Have Thoughts After Court Orders Nursing Mom To Use Bottle In Custody Dispute
6-Year-Old Boy Has Zero Regrets After Ordering $1,000 Worth Of Food On Grubhub
What Parents Are Talking About — Delivered Straight To Your Inbox

This article was originally published on Oct. 31, 2022