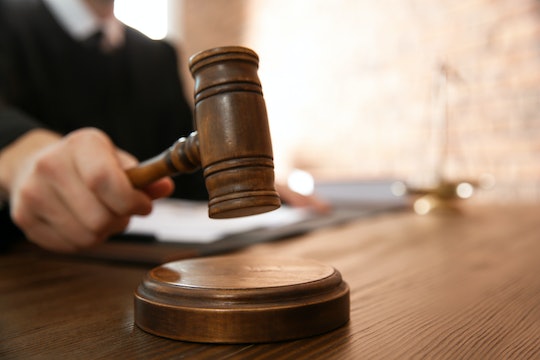 “Our sons are our entire world and we want to make sure we’re doing right by them.”

For most families, the legal intricacies of filling out a birth certificate are, all things considered, not terribly intricate. At least for most married parents. Or even unmarried parents of different genders. But for unmarried, same-sex parents, things get complicated indeed with very real legal consequences. Recently, Lancaster County District Judge Ryan Post of Nebraska ruled that two mothers could not appear on their sons’ birth certificates, leaving their legal rights to their children in a state of uncertainty.

According to reporting from Associated Press, Erin Porterfield and Kristin Williams were a couple from 2000 to 2013, ending their relationship two years before the Supreme Court case Obergefell v. Hodges made marriage between same-sex couples the law of the land. In that time, the pair raised a family together. Porterfield gave birth to the couple’s first son, Kadin in 2002 and Williams gave birth to their second son, Cameron, in 2005. Though currently separated, they continue to co-parent, but each woman has faced legal barriers in securing parental rights as a mother of their non-biological sons. In other words, Porterfield is not legally seen as being a full-parent to Cameron and Williams is likewise unrecognized as Kadin’s legal parent.

Though the two have a court order establishing each as “in loco parentis,” the designation is a temporary protection and does not confer full parental rights. “So if I get hit by a bus and my will gave half my estate to [non-biological son] Kadin, he could be taxed on that As if he were a stranger to me,” Williams told a local ABC affiliate last year, when the women filed the suit.

Presently, married same-sex couples in all 50 states have the right for both parents to appear on a child’s birth certificate — a result of the 2017 Supreme Court ruling on Pavan v. Smith. But for couples who choose not to be married or never had the legal opportunity to do so, the legal protections become more patchwork. To remedy this legal gap in protection for their family, the pair have sought to add their names to their sons’ birth certificates — something the judge ordered them to pursue when granting in loco parentis — but they were denied by Nebraska’s Department of Health and Human Services, WOWT reported in 2021. The ACLU of Nebraska notes this motion was denied even after a formal hearing.

They also attempted to file a Voluntary Acknowledgement of Parentage (VAP), which has traditionally been a way for fathers not married to the mother of his child to establish full legal rights and responsibilities to their child, avoiding a more complicated and expensive legal adoption process. In recent years, more states have expanded this option for unmarried, same-sex parents as well. But when Williams and Porterfield filed a VAP with Nebraska, amending the wording in order to be gender neutral, they were denied. The agency informed them, in a letter, that “the only routes to legal parentage under Nebraska law are through marital presumption, adoption, or biological relationship.”

Angela Dunne, a managing partner at Koenig-Dunne, the Omaha law firm representing the pair along with the ACLU of Nebraska, explained the situation to K-OLO. “If you had a man and a woman in this exact same scenario — not together anymore, never married, do not want to get married, so we don’t have adoption available to them — all the man needs to do is go and sign an acknowledgement of paternity and he gets put onto the birth certificate and it is a legal order then that he is a parent.”

“Our sons are our entire world and we want to make sure we’re doing right by them,” Porterfield said in 2021 when the suit was filed. “Our boys have a right to the security of having both parents on their birth certificates, a required document in so many life changes and decisions. That’s why this matters to us.”

“The court certainly understands why plaintiffs seek a policy change,” Post wrote in his ruling. “But that policy decision is for the Legislature, not this court.”

More Like This
Hero Who Tackled Colorado Gunman Was At Nightclub With Family To See Drag Show
Ivanka Trump Shares Why She Won't Be Involved In Her Dad’s 2024 Presidential Run
Biden Is Hosting A White House Wedding For His Granddaughter Naomi
"Corn Kid" Handed Out Over 40,000 Cans Of Corn At A Food Bank Ahead Of Thanksgiving