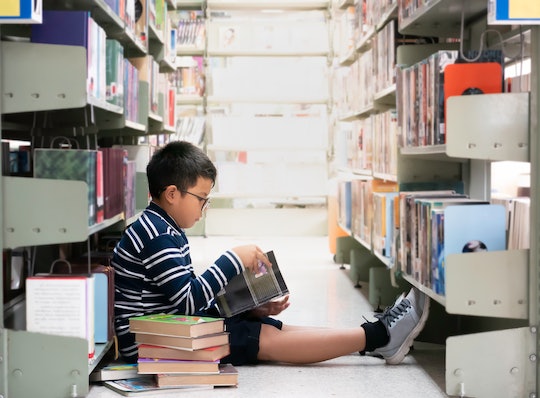 Libraries across the country are eliminating fines for overdue materials in an effort to make books and other library services more accessible to all. On Tuesday, New York City’s public libraries became the latest library system to waive all existing late fees and end its policy of charging patrons fines for returning materials after their due date. The move to eliminate fines comes as a number of libraries attempt to address issues of inequity and access.

“Research shows that fines are not effective in ensuring book returns,” New York Public Library President Tony Marx said Tuesday in a message to patrons. “But, unfortunately, fines are quite effective at preventing our most vulnerable communities from using our branches, services, and books. That is the antithesis of our mission to make knowledge and opportunity accessible to all, and needed to change.”

Beginning Tuesday, the library will no longer charge late fees for overdue materials. Additionally, all existing late fees have been cleared from patrons' accounts. Similar policies were also rolled out at the Brooklyn Public Library and the Queens Public Library on Tuesday.

But New York isn’t the only state to recently see public libraries ditch their longstanding tradition of collecting late fees. In 2018, The San Diego Public Library stopped collecting late fees and waived all outstanding late fees. According to NPR, the decision was spurred by a study that found nearly half of patron accounts that had been blocked from accessing library services due to accrued late fees were patrons who lived in two of the city’s poorest neighborhoods.

In 2019, The Chicago Public Library followed suit, eliminating library late fees and erasing patrons’ outstanding debt after an internal analysis found similar socioeconomic disparities. According to the library, more patrons living in low-income neighborhoods (1 in 3 patrons in the library’s South District) were unable to check out materials due to late fees compared to patrons living in more affluent areas (1 in 6 patrons in the library’s North District). The library noted it wasn’t that patrons in lower-income neighborhoods accrued more fines, it was that they didn’t have the same resources to pay them off.

“Furthermore, many of the blocked users are those who can benefit most from the resources at Chicago Public Library,” they noted when announcing the library’s decision to end late fees. “One in five suspended library cards citywide belong to children under 14.”

That same year, the American Library Association passed a resolution asserting the “imposition of monetary library fines creates a barrier to the provision of library and information services.” They urged libraries to “scrutinize” policies that imposed fines on library patrons for returning materials late and “actively move towards eliminating them.”

More Like This
These Children’s Books About Juneteenth Are A Must For Families
From One Black Father To Another, This Is What Our Sons Really Need From Us
This Book Shows Kids How to Navigate Social Situations With Humor & Grace
Dads Share What Paid Family Leave Would Mean To Them In Heartwarming Video