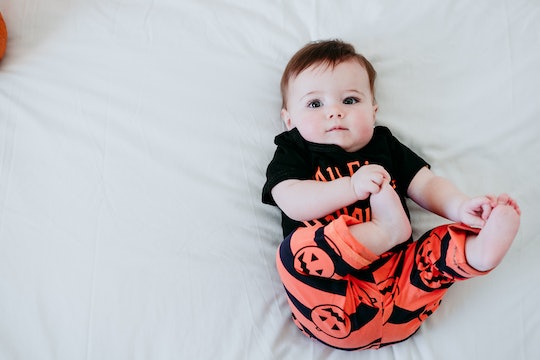 Why Do Fewer Women Give Birth On Halloween?

According to a study conducted by researchers at the Yale University School of Public Health, fewer women go into labor and give birth on Halloween because of the dark and sinister — and maybe even a little bit evil — associations of the day.

What that means, essentially, is that women may subconsciously have more control over spontaneous births than you — or anyone else — might have previously thought. In an interview with ABC News, Dr. Peter Bernstein, the director of the Fellowship Program in Maternal Fetal Medicine at the Albert Einstein College of Medicine, said that not much is known regarding the factors that can trigger labor, but that it's unlikely that women have any kind of conscious control over when labor begins.

How Are Birth Rates Affected By Other Holidays?

However, researchers compared birth rates on Halloween with birth rates around holidays that are perceived as happier, like Valentine's Day. "On Valentine's Day, which conveys positive symbolism, there was a 3.6 percent increase in spontaneous births and a 12.1 percent increase in cesarean births. Whereas, on Halloween, which conveys negative symbolism, there was a 5.3 percent decrease in spontaneous and a 16.9 percent decrease in cesarean births," the study authors wrote.

It makes sense, if you think about it. The symbols of Halloween are skeletons, ghosts and goblins, and death, while the symbols of Valentine's Day are hearts and cherubs and people falling madly in love. If you had the power to avoid giving birth on a certain day because you didn't like or connect with the cultural symbolism of that day, you'd probably use that power at one point or another, right? In an interview with New Scientist, one of the researchers, Rebecca Levy, said that it could have to do with a connection between pregnancy hormones and the brain. "We know that hormones control birth timing, and mothers do often express a desire to give birth on a certain day. But the process that allows those thoughts to potentially impact the timing, we don't know," Levy said.

It's possible that a pregnant woman so desperately wishes that she won't give birth on Halloween, that the hormones in the body don't allow it and rather jumpstart labor before or after the holiday, rather than on the holiday itself. As Live Science pointed out, this is a bit like when those going through an illness that will likely kill them "hang on" for certain holidays, which, similarly, suggests that sheer human will might have more of an affect over health and seemingly uncontrollable events than previously thought.

While there aren't as many babies born on Halloween as there are, say, on Valentine's Day, according to HuffPost, famous personalities like Dan Rather, Jon Candy, Vanilla Ice, Willow Smith, and Peter Jackson were all born on October 31. Of course, there are never any guarantees when it comes to labor and delivery, but... if you really, really don't want to give birth on Halloween, make sure you're ready beforehand, because your body just might grant your wish and encourage your baby to make their grand appearance a couple days early.

This article was originally published on Sep. 17, 2017