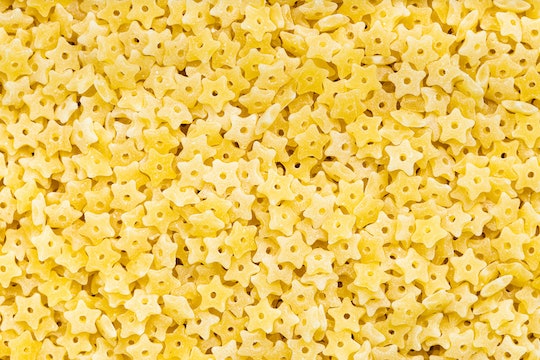 The news that Ronzoni was discontinuing pastina has some fans panicking.

On Jan. 3, pasta maker Ronzoni announced that they would no longer be making pastina. Now there’s a very good chance this sentence means absolutely nothing to you. Unlike penne or spaghetti, most people probably haven’t eaten the star-shaped starch, much less regularly. But for those of us who love it, particular those of us in the Italian-American community, Ronzoni pastina being discontinued is a cultural crisis.

“Unfortunately, our long-term supplier informed us that they would no longer be making Ronzoni Pastina as of January 2023,” the company wrote on Twitter. “We searched extensively for an alternative solution but were unable to identify a viable option to make Pastina in the same beloved small, shape and standards you have come to expect from Ronzoni.”

For the uninitiated: pastina is a teensy pasta that, when cooked, has more the texture of rice or oatmeal than rigatoni or angel hair. While it’s often used in soups, in Italian-American homes it’s considered little kid fare. It’s commonly given as a first food for babies or as a quick meal for a picky eater. But it’s probably mostly commonly given as a food for sick kids. In fact for many of us, pastina has a popular nickname: Italian Penicillin. When mom or nonna scoops out a bit of butter into a bowl of that carby goodness, it’s good for whatever ails you. It’s the Florence Nightingale of macaroni.

Now, before I contribute to panic: fear not. Pastina as a concept isn’t going anywhere. Other manufacturers will, as far as we know, continue to make and sell pastina. Nevertheless, the announcement has been misunderstood and spun the Italian-American community and the internet at-large into a panic. On eBay, a 12-pack of Ronzoni has been listed for $180. (Hilariously, 12 boxes of Barilla pastina, which has not been discontinued, have been listed for as much as $189. Here in Connecticut I can get a box for under $3 at my local Stop and Shop; Acme Markets sell it for $1.99 online.)

Social media, it seems, has not received this message yet, and people are losing their minds.

“Please reconsider doing this horrible thing,” one Facebook user replied to the news posted on NBC Connecticut, which feels like something you say before someone tells you they’re planning a murder, not when you find out a pasta might be slightly harder to get.

But most panic, while tinged with genuine sadness, was done in good humor. Broadway actor Jessica Vosk joked that discontinuing pastina was “a hate crime.” The perfectly named account @redsauceamerica asks, “How will babies learn to eat without pastina?” (Fair question: we know no other way to nourish Italian-Americans infants.) Twitter user @GinaDesio harkened to the drama of White Lotus season 2 (appropriately set in Sicily) to share her feelings.

The carceral system was mentioned by @KateWard...

And @vness_marie highlights how her mother would “riot” if she was forced to “deny [her] grandbabies their favorite GiGi meal!”

As for my family: we’re not worried. For starters, I always have at least three boxes in the house at all times (you never know when someone is going to get a stomach bug!) and considering a quarter cup will make approximately a 47 pound bowl of pastina those boxes could easily last me until both my kids finish middle school. And for another thing, while Ronzoni pastina may no longer be with us, brands like Barilla and San Giorgio and others will keep the little Italian babies healthy and fed.

More Like This
Does The FDA's Plan To Limit Lead In Baby Food Go Far Enough?
The Purple Wiggle Is A Total Thirst Trap & Moms Are Drinking Him Up
Parents Have Thoughts After Court Orders Nursing Mom To Use Bottle In Custody Dispute
6-Year-Old Boy Has Zero Regrets After Ordering $1,000 Worth Of Food On Grubhub
What Parents Are Talking About — Delivered Straight To Your Inbox