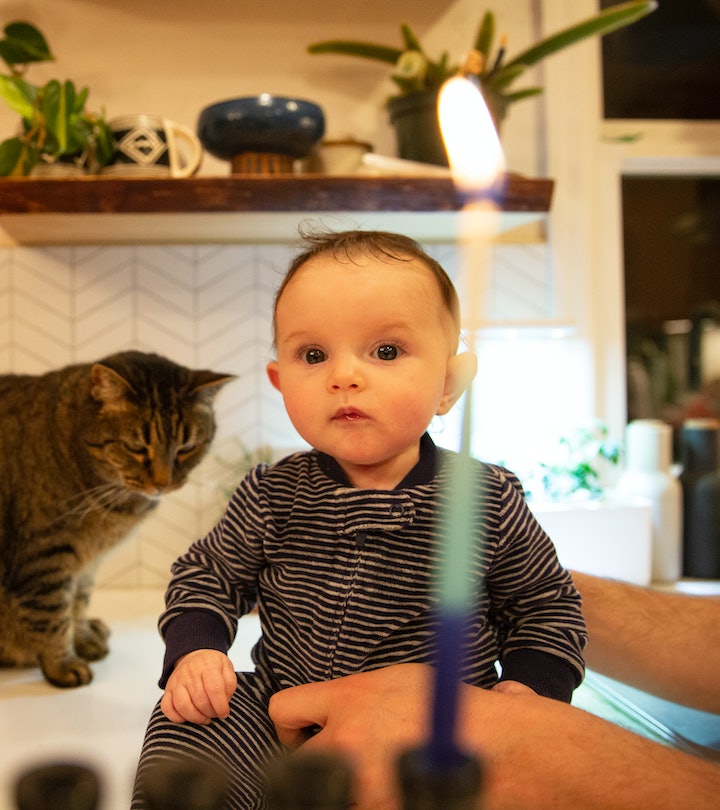 I hated to think that other people’s photos in boxes on my phone were giving me more dopamine than my gorgeous, hilarious toddler — and yet.

My toddler yelled this at me while I was pushing him on the swing at our neighborhood playground around 5 p.m. It was the time of day packed with parents and caregivers, many seeing their children for the first time, having just arrived home from work. Everyone was out squeezing in a few moments of fresh air before the mundane dinner-bath routine.

I stepped to the left, hoping to get out of my son’s peripheral view.

“Mommy-phone-back!” he squawked again, meaning Put your phone back in your bag, this time louder and clearer. I smiled and shrugged to the dad next to me pushing his daughter.

“OK, OK, OK, look!” I said to my son making an overproduced gesture of placing my phone into the diaper bag pocket.

While I tried to play it off like it didn’t bother me, hearing my toddler scream mommy-phone-back in a crowded playground was as devastating and embarrassing as it sounded. A major ick vibe hit me as I pulled him off the swing to let him run around the park for a few minutes before we headed home.

Looking around the playground I saw at least half of the caregivers were interacting with their phones in some way. Examining the parents was nauseating; here was a sea full of adorable beams of children and their adults staring down and away from them.

Within minutes, I could feel myself trying to overcompensate for the mommy-phone-back shame. I was chasing my son up ramps and through the playground equipment. I was pushing his Matchbox cars into puddles and making car sounds. As a typical watch-from-a-distance playground parent, I was embarrassed for myself.

“I wasn’t even finishing up a work email,” I told her. “I was scrolling through social media looking at pictures of other people’s lives in a dissociative state.”

At bath time while my wife soaped our son’s hair, I confessed to the incident. “I wasn’t even finishing up a work email,” I told her. “I was scrolling through social media looking at pictures of other people’s lives in a dissociative state.”

“He tells me mommy-phone-back when I am checking a work email,” she said, trying to make me feel better.

Writer and psychiatrist Anna Lembke wrote in The Wall Street Journal about how screens of all forms are drowning our brains in dopamine. The more time we spend looking, according to Lembke, the more we become reliant on screens for a quick fix. She suggests what she calls a “dopamine fast,” time away from screens to rebalance our brains’ chemical receptors.

I hated to think that other people’s pictures in boxes on my phone was giving me more dopamine than my gorgeous, hilarious toddler who was in that brief window of time when he was literally obsessed with me, but I had to admit that living in this ever-lingering pandemic world had me looking for easy dopamine hits and dissociative tricks.

Like many folks, I have been craving structure and routines. A year ago, we began implementing the occasional Shabbat dinner. My son was mostly preoccupied with touching the candle flames, but it felt nice to set aside time to focus on each other and to get ready for a restful weekend. I am not an exceedingly religiously observant person (I don’t attend regular synagogue services or follow kosher laws, for instance), but I have found myself more drawn to the comforting ideas and rituals of Judaism over these past 18 months.

I hated to think that other people’s pictures in boxes on my phone was giving me more dopamine than my gorgeous, hilarious toddler who was in that brief window of time when he was literally obsessed with me.

While the exact rituals surrounding Shabbat differ depending on the sect of Judaism one practices, the purpose is constant. Shabbat is a set time (Friday night at sundown to Saturday night at sundown) to check out of the regular stress of the week to be present with your family (and, OK, connecting with God and studying Torah, if that’s your thing).

I’ve always liked the notion of purposefully slowing down, and while I've never found a way to consistently participate in Shabbat, Lembke’s dopamine fast inspired me: Why not try a social-media-free Shabbat?

The rules were easy: no opening any social media apps. Email, texting, Googling was all permitted. Although maybe the next goal could be to go completely phone-free for Shabbat.

Post-bath-time and pre-bedtime-stories that night, I pitched the idea to my wife. While she wasn’t thrilled with the idea, she also felt gutted by the mommy-phone-back incidents of her own and agreed. She pointed out that around age 2, children begin creating their first memories. God forbid one of his first being one of his mothers looking down at a cellphone.

Maybe I’ll extend social media Shabbat to the entire weekend, I thought. But then, right before falling asleep, I got a familiar urge.

Once Friday night settled in, I was pumped to begin our experiment. As a kickoff, we went to our favorite pizza joint instead of the usual ordering in. Throughout dinner, I didn’t even consider picking up my phone; it all seemed so easy between the food and beer and begging my son to take smaller bites. Back at home, Alissa and I rented a movie. For the first time in years, I focused on what I was watching at present instead of scrolling through my phone when I felt bored for more than 15 seconds.

Maybe I’ll extend social media Shabbat to the entire weekend, I thought. But then, right before falling asleep, I got a familiar urge. My fingers begged me to let them scroll. She won’t even know, I whispered in my head, seeing that Alissa had already fallen asleep. I forced myself to my phone out of arm’s reach, realizing I was indeed an addict.

Since the initial trial run, we’ve continued with the weekly social media free Shabbat for the past month, and it’s on it’s way to becoming a new tradition. It’s a time of week I look forward to, even though it’s still not completely painless. It’s getting easier, and I’ve noticed my overall daily times on my phone are decreasing. I even continued my social-media-free Shabbat when I spent a weekend out of town without my family, which left me feeling morally superior to those around me. Moral superiority, as it turns out, also a great hit of dopamine.