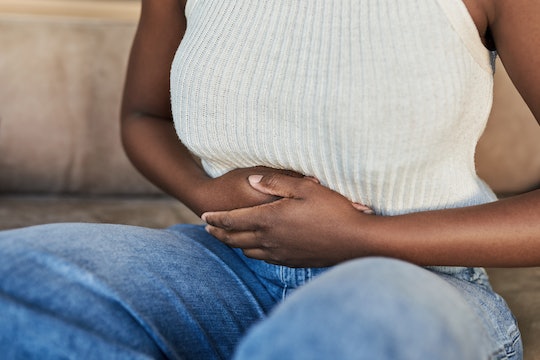 If passed, it will be the first of its kind in Europe.

Spain is on its way to passing legislation that will be the first of its kind in Europe. While the legislation is in its early drafts and still has yet to be finalized, if passed it will see menstruation treated as an actual health issue by offering up to five days menstrual leave per month.

The legislation, which was leaked to the media per the BBC, would allow for anyone suffering painful menstrual cramps to be given three days of sick leave from work as long as they can provide a doctor’s note. That time period could temporarily be stretched to five days if the menstrual discomfort was particularly debilitating. If passed, Spain would officially become the first Western country to formally acknowledge menstrual pain as a health issue serious enough to allow for time away from work. Japan, Zambia, South Korea, and Indonesia currently have policies in place that offer time off for period pains, but certainly this is not yet available in the United States.

The Spanish Society of Gynecology and Obstetrics reports that one-third of women experience dysmenorrhea, or severe menstrual pain, on a regular basis. “When there’s a problem that can’t be solved medically, we think it’s very sensible to have temporary sick leave,” Ángela Rodríguez, the secretary of state for equality, told El Periódico in March. “It’s important to be clear about what a painful period is – we’re not talking about slight discomfort, but about serious symptoms such as diarrhea, fever and bad headaches.”

A study published in the Journal of Obstetrics and Gynecology Canada found that 60% of menstruating people suffered severe side effects from their periods, with 51% admitting that their activities while menstruating were affected. After giving birth, many people find their periods worsen dramatically, which could leave them needing extra time away from work to recover.

The new Spanish legislation would also do away with value added tax, often called “the tampon tax,” on menstrual products and proposes to make these hygiene products available for free at public schools and prisons. Beyond menstruation, there was a wider plan to extend paid maternal leave to include time before childbirth, while the legislation would do away with a law that requires a parental signature for people seeking abortions from 16-18 years of age.

This proposed legislation follows the news in 2021 that a handful of administrators in Girona, a town in Catalonia, were already making provisions for employees suffering from menstrual pain. “Girona is known for many things and I think today we’re adding a new item to the list as we pioneer the approval of menstrual leave,” the city’s deputy mayor, Maria Àngels Planas, said at the time. “We are eliminating the taboo that exists around menstruation and the pain that some women suffer – that we suffer – during menstruation.”

If ever you needed a reason to move to Spain... now is your time.