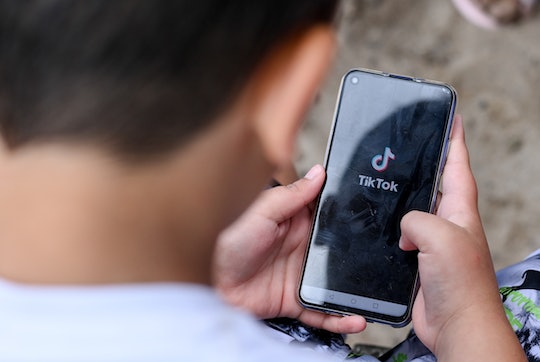 Schools have warned parents that a new TikTok challenge encouraging students to slap teachers could have serious criminal consequences.

Schools across the country are warning students and parents about the consequences of participating in a series of viral TikTok challenges that encourage students to act out at school. For the month of October, for instance, a challenge on the app dares students to physically hit a teacher or school staff member. School officials, however, have warned the latest challenge could end in a student being arrested on felony charges.

“You’re going to be arrested, you’re going to have an arrest record,” Mike Jones, the chief of security and police at Bay District Schools in Panama City, Florida, said in a message to students shared by local NBC affiliate WJHG. “Chances are you’re going to get suspended or expelled from school.”

Local law enforcement officials in Bay County have joined Bay District School officials in warning students against participating in these TikTok challenges, noting they could result in serious criminal charges. According to Bay County Sheriff Tommy Ford, a Florida law makes striking a teacher a felony rather than a misdemeanor, meaning punishment could include jail time.

At least one school in South Carolina has already reported having to discipline a student who participated in this month’s TikTok challenge. “Sadly, we actually had an elementary student assault a teacher by striking her in the back of the head,” a statement shared to Lancaster County School District’s Safety and Transportation Facebook page read. “This type of behavior, just like theft and destruction of property, is not a prank. It’s criminal behavior. Any student who physically assaults a staff member will be held responsible both legally and by board policy.”

According to the district, it is school board policy to expel any student who assaults a staff member. “We share this information with parents so you can educate your kids on the issue and monitor their social media habits,” the district’s statement continued. “We also hope parents will speak with their kids about the serious repercussions of making poor decisions and peer pressure.”

In Munhall, Pennsylvania, officials from the Steel Valley School District have warned parents that any student who strikes a school staff member will be charged with aggravated assault. Under Pennsylvania state law, incidents of aggravated assault against a teaching staff member or other school employee are classified as felonies and can result in both a prison sentence and a fine.

“Please talk with your children to let them know that we — as families, as a community, and as a school district — will never condone such attacks on anyone, let alone our educators who give so much of themselves to support our children as they learn and grow,” Superintendent Edward Wehrer said in a letter to parents shared on the district’s official Facebook page. “Anybody who strikes a staff member will face severe school discipline and the charge of aggravated assault.”

October’s reported “Smack a Staff Member” dare is the current challenge in a viral TikTok trend encouraging students to engage in one disruptive act each month. In September, the TikTok challenge dared students to “Vandalise School Bathrooms,” which resulted in schools in California, Ohio, and South Carolina reporting damages of $10,000 or more done to school restrooms, according to the Hartford Courant.

Over the next four months, the TikTok challenge is reported to dare students to kiss their date at school (November), expose their genitals (December), “jab a breast” (January), and vandalize school signs (February). School officials are hoping parents can help end student participation in the challenge sooner rather than later.

More Like This
Reddit Is Not Impressed With Dad Who Hid Neighbor's Gnome Because It Scared His Kid
'Squid Game' Is Coming Back For Season 2 On Netflix: Here’s What Parents Need To Know
Dads Share What Paid Family Leave Would Mean To Them In Heartwarming Video
This Reddit Post About Two Sisters In A Fight Over Breast Milk Is Complicated & So Sad