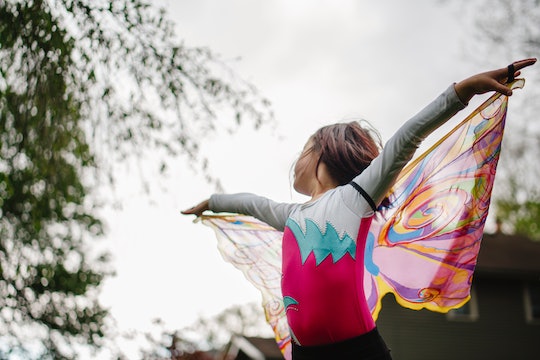 When They Come For Our Joy

What if our response to this attack on trans youth and their parents was so widespread and glorious that when it was over, our country was seen as a paradise for trans people?

When I started my transition, I told myself I never had to come out at work. In fact, I told myself I never had to come out to anyone if I didn’t want to. I could take my hormones and grow my hair long and wear my dresses, and I didn’t need to explain that to anyone. But quickly, the immense joy I felt outside of work when I was gendered correctly and my new name was used was too great, and it made my shifts at the restaurant where I worked in Portland, Oregon, depressing. I had been putting out my feelers, trying to determine who could be trusted to have my back with upper management and customers, and who would be less likely to stand up for me. Trans people must learn early on how to intuit who to trust, like stepping lightly on a rickety board on a deck to make sure it can hold our weight, a hidden superpower.

In 2019, after eight months of being out to friends and already on hormones, I made the decision midway through my shift to come out as trans to my employer. It was not an easy decision to make. It’s illegal in Oregon to fire an employee for being trans, but we all know there are ways around that. In the weeks leading up to our meeting, I had found a friend in a certain supervisor, and I decided he would be the best to understand my transition and to fight for me. In the office, I fought back tears, always quick to cry, and told him I was a trans woman and my name was Emme. I was surprised to see a glint in his eyes. Imagine a gleaming in the eyes of a straight, cis man for his trans woman colleague! He asked how he could support me and what steps I wanted to take. I told him I wanted to come out to the entire staff and the owner. We left the restaurant and went our separate ways, but before departing completely, he shouted my name across the street. I turned back to see him yelp with joy and do a small dance for me. It was nothing but happiness and excitement.

I have experienced more joy since coming out than I ever thought possible.

I have thought about this moment a lot, not only because my co-worker’s reaction was one of genuine joy, but because of how taken aback I was by it. It was surprising, but why? Maybe it had to do with my upbringing. I was raised in a conservative evangelical Christian household. Maybe it was because I came of age in the late ’90s when trans women only existed in media as the butt of the joke or to barely survive unthinkable traumas. Maybe it was a mix of everything given to me by my parents’ religion and peer group and our larger culture that told me if I transitioned, I would not live a good life, that it would be a life of poverty, disease, and early death. When I decided to finally transition in my 30s, it was not because I thought joy was possible, but because I knew I couldn’t continue living in the closet. I braced myself for a life of poverty and depression. I did not expect joy. I have experienced more joy since coming out than I ever thought possible.

But joy and feelings of abundance have only been available to me because I have stable housing, employment, health care, and a chosen family who loves and supports me, who encourages joy. The recent attack on trans youth is an attempt to steal our livelihoods and our stability — and our joy.

Trans youth are at the center of these bills (25 in total, and it’s only February), which include efforts to ban access to health care, bar trans kids from playing school sports, force trans youth to use bathrooms and locker rooms that do not align with their gender, and most recently, and egregiously, to prosecute any parent who is supportive of their trans child’s medical transition for child abuse. I believe these bills focus on trans youth because they are the most vulnerable but also because they see us older trans people as lost causes. It is too late for us, so they are trying to stamp out an entire generation of trans people beneath us.

Seeing the generations after me getting access to joy and happiness, at an age when I didn’t even know transness was a possibility, buoys me and propels me into new realms of euphoria.

Trans people saw these attacks coming. In 2014, Time ran a cover article titled, “The Transgender Tipping Point,” and across the nation, trans people readied themselves for the backlash. The article celebrated recent wins for transgender people, including protections put into place by the Obama Administration and the success of Laverne Cox, a trans actress and activist, but many trans people saw the writing on the wall. When articles proclaiming “we’ve made it” start appearing, bigots make us into a target. The backlash was slow at first, but in 2016, North Carolina passed HB2 or the Public Facilities Privacy and Security Act, which stated that individuals could only use the gendered restrooms or locker rooms that matched the sex marker on their birth certificate. The bill was met with widespread protest, and ultimately may have lost the governor, Pat McCrory, his bid for reelection, but the seed was planted. A string of “bathroom bills” sprung up across the United States, and, following the lead from TERFs in the United Kingdom (and here in the United States), anti-trans legislation hit full swing in 2021, when more anti-trans legislation was brought before committee in state legislatures than any year previous combined. The bills are wide and vary in intensity, and they only grow in number. What we are facing is an onslaught, something designed to be so aggressive and demoralizing that we assume defeat, that instead of fighting back we give up.

We will not give up.

As more and more trans people come out, find happiness and love, and live lives full of abundance, we encourage the generations beneath us to come out, too. And conversely, seeing the generations after me getting access to joy and happiness, at an age when I didn’t even know transness was a possibility, buoys me and propels me into new realms of euphoria. In short, we give each other hope.

Many have argued that these bills are simply using us as a wedge issue and that the lives of trans youth are nothing more than political pawns, but whether or not we are part of some long-term strategic plan or political signaling, the effects of this strategy are real and devastating to trans youth and their families right now. 2021 was the deadliest year on record for trans and gender nonconforming people with over 50 individuals being murdered, and a large number of these crimes occurring in Georgia, Florida, and Texas, and with the highest number of those facing violence being Black trans women. In Texas, where Governor Greg Abbott has signed a declaration calling for the prosecution of parents who help their children seek medical procedures related to their transition, we will see families flee the state, doctors will refuse lifesaving medicine (one study found that suicidal contemplation dropped 40% in trans youth who had access to puberty blockers), and trans youth will be forced back into the closet. Whether or not these legislative attacks are being used for political gain doesn’t lessen the real-world violence and harm they perpetuate.

Yes, I am exhausted. We are all so tired. So tired of fighting this shotgun spray of bills, of our existence being the butt of a “debate,” of people speaking about us like we’re not in the room and shouldn’t have a say in access to our own health care or in what restrooms we should use. We are tired of having our lives threatened every day.

Some mornings, I wake up to the looming dread that tells me there is nothing we can do, that there is too much to fight all at once. When I wake up to this feeling, I think about my co-worker, the one who was so enthusiastic I was coming out, he couldn’t help but leap and shout with joy. Rather than pity, I wish all cis people who considered themselves allies would channel this notion of joy and excitement for trans people. Because I do not think mere survival is enough.

What if our response to this attack on trans youth and their parents was so widespread and glorious that when it was over, our country was seen as a paradise for trans people? That people saw millions of trans people living lives full of joy and abundance. That queer joy was so widespread, no one could keep us from it. That those who hated us were so outnumbered and the response to their hate so loud, that they never dared speak their hate in public again. What if all people were free to seek not just survival, but stability, community, and joy?