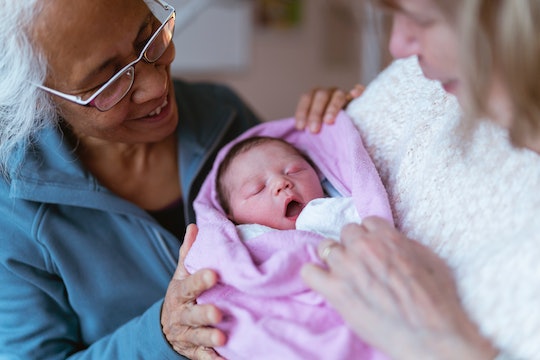 “This is about helping new grandparents celebrate a special moment and play a role in growing families from day one,” Saga’s chief people officer has said.

In recognition of the role many grandparents play either before, during, or immediately after the birth of a grandchild, one company in the United Kingdom has moved to offer paid leave to grandparents. Saga, a travel and insurance company for people over the age of 50, will provide employees with one week of paid leave following the birth of a grandchild.

“This is about helping new grandparents celebrate a special moment and play a role in growing families from day one,” Jane Storm, Saga’s chief people officer, told The Guardian. “It is also a symbol of how important older workers are to their companies and society.”

Along with making paid leave available to the grandparents it employs, Saga is also reported to be opening its onsite nursery to employees’ grandchildren in an effort to assist grandparents who already help care for grandchildren. According to The Telegraph, Saga’s new paid leave and nursery policies were created in response to a survey of company employees that revealed roughly 25% found balancing work and childcare commitments “difficult.”

It’s not uncommon for grandparents to assist with the birth of a grandchild — whether that means being present for the birth, taking care of older children at home, or assisting with care and household chores as parents adjust to having a newborn in the immediate days or weeks following a birth. And in many families, grandparents continue to assist with caregiving duties well after the birth.

In fact, a 2020 Bank of Scotland study found more than 40% of Scottish families relied on grandparents for childcare, the BBC reported. What’s more, the study found grandparents who assist with childcare saved Scottish parents an average of at least 4,000 pounds a year.

In comments to The Guardian, Storm said she hoped the policies would serve to retain current employees and attract new ones who mirror the consumer demographic the company serves. “Our customers are mostly over 50 and we want to have more colleagues here that reflect the community we serve,” the paper reported Storm said. “We also think this idea should be a key attraction for retention and recruitment.”

Currently, residents of the United Kingdom are guaranteed by law up to 39 weeks of paid maternity leave. Additionally, parents can opt to take Shared Parental Leave, which allows them to share up to 50 weeks of leave, 37 of which are guaranteed to be paid.

In comparison, the United States has no federal paid family leave program, meaning most parents — and certainly most grandparents — don’t have access to such a benefit. The Bureau of Labor Statistics reported that in March, just 23% of civilian workers had access to some kind of paid family leave. Recent efforts to establish a national paid family and medical leave program through President Joe Biden’s Build Back Better Act have stalled thanks largely to opposition from Sen. Joe Manchin.