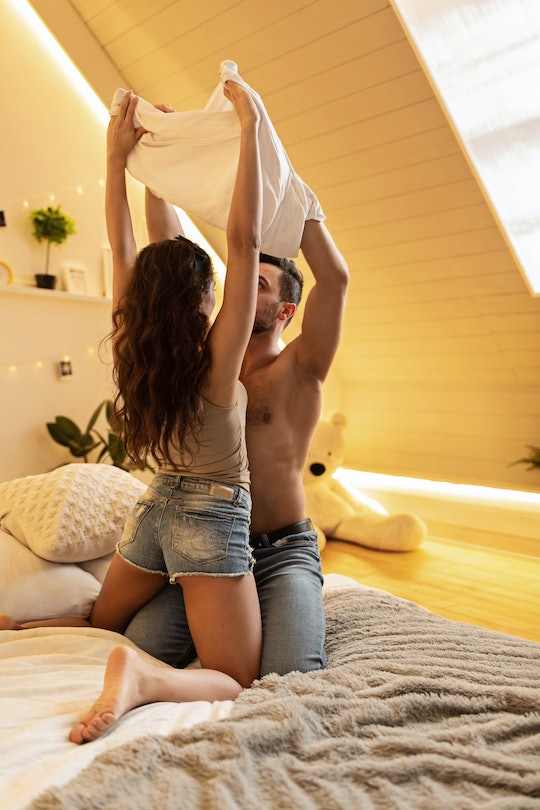 No, The Kama Sutra Is Not Just About Sex

Here are the basics.

Even if you’re unfamiliar with the particulars of the Hindu text, you’ve likely heard the words Kama Sutra. In teenage locker room shorthand, the words are usually paired with giggles and playful ribbing. If that’s where your sex education left off, then here’s some welcome news; it might not hurt you to learn a bit more about this Sanskrit Cliff’s Notes for good sex. Piqued your curiosity?

What is the Kama Sutra?

To be fair, we have very little information about the origins of this piece of literature. “No portion of the original text has survived,” reports the New York Times. But what remains is basically a guide to sexual positions with additional portions that pertain to how to attract a mate, keep a wife, and maintain concubines, naturally. Don’t forget this was written roughly 2,000 years ago.

How many positions are there in the Kama Sutra?

You might be thinking, ok, but like what is the Kama Sutra really? The Kama Sutra is a 1,250 verse tome split into 36 chapters with 7 different parts. But it’s part two that many people zoom in on. That’s where the book spells out sexual positions, 64 different types of sexual acts to be precise.

For example, there’s the The Milk and Water Embrace. In this position, you’ll need a chair. The man sits on the chair with the woman facing away seated on his lap. Or the Tigress where you’re in a similar position only the man is on his back while the woman is on top facing away. You get the picture.

Like most things related to sex, the Kama Sutra has its fair share of misconceptions. So really, what is Kama Sutra? Many things. Which complicates it further. Experts tend to point to three things people generally get wrong about the Kama Sutra:

While that is a part of it, for sure, “The Kama in Sanskrit is a pleasure. Not just sexual pleasure but all pleasures experienced through the senses and the emotions,” Indra Sinha writes on SexPositions.Club. He adds, “Of the Kama Sutra’s seven books, only one deals with physical lovemaking. Of that book’s ten chapters, only one deal with sexual positions. One chapter out of thirty-six.” Keep that in mind.

By our standards, anything 2,000 years old is pretty ancient. But it wasn’t the first. Historians point to much older texts, like Philaenis of Samos, a 4th century courtesan who produced a book on courtship and sex, according to Ancient Digger.

3. That the Kama Sutra is sacred.

While it’s all about elevating pleasure and was written in Sanskrit, that doesn’t mean it’s a sacred Hindu text. Rather it’s a guide to virtuous living, writes Sinha. In short, how can you get the most fulfillment out of your sexual life? That’s what the Kama Sutra intended to answer.

Whether you agree with its instructions is up to you. But before you judge it or spread misinformation on it, why not just read it? You’ll find your answers there.

More Like This
11 Signs You're Sexually Attracted To Someone, But Not In Love With Them
Books That Are Helping Me Untangle My Own Complicated Mother-Daughter Relationship
These Stepmother's Day Instagram Captions Are Straight From The Heart
Say What's In Your Heart With These Stepmother's Day Quotes