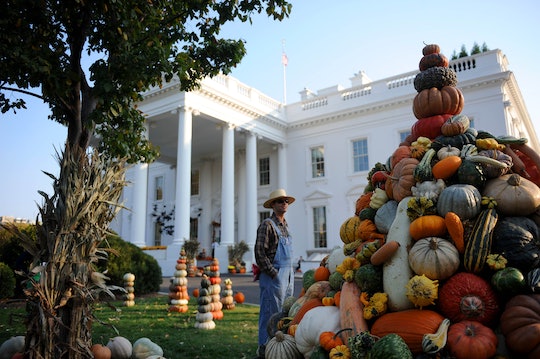 If you were looking forward to seeing President Joe Biden pass out candy at the White House on Sunday, then you’ll have to wait. Unfortunately, kids won’t be able to trick-or-treat at the White House this year, the Associated Press reports, due to a prior scheduling conflict.

But Biden, who is a big fan of the spooky night and has a known sweet tooth, isn’t boycotting the spooky holiday this year. Instead, he will be attending the annual Group of 20 summit in Rome, Italy, from Oct. 30 to 31. While the Bidens are out of the White House, the Pennsylvania Ave. side of the home will be lit up in orange light to celebrate.

So, while local kids can’t collect candy at the White House this year, they can at least enjoy the spooky orange glow at the famous home.

Although some presidents have opted for all kinds of ways to celebrate Halloween, the president and the first lady will celebrate their first Halloween in the White House from afar this year, where they will be encouraging families to celebrate by trick-or-treating outdoors, according to the AP, which follows the Centers for Disease Control’s current guidelines for Halloween.

But do not fear, the Bidens will have three more years to host trick-or-treaters at the White House. And who knows? Maybe next year, they’ll host an ice cream party for Halloween.