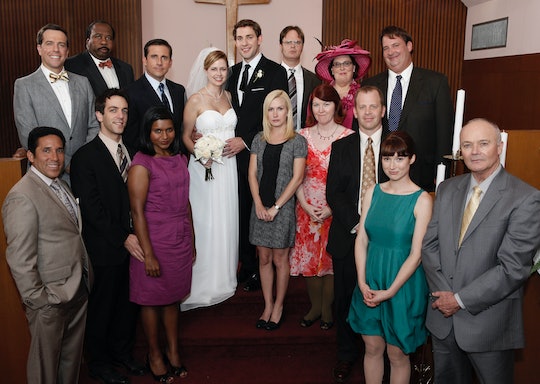 Here Are 28 Baby Names Inspired By 'The Office' (Yes, Even Toby)

I have seen all 201 episodes of The Office at least a dozen times — in fact I watched it in the hospital to distract me from labor. If you're as obsessed with this show as I am, you may be looking for baby names inspired by The Office. Thankfully, since the show is supposed to feature caricatures of folks you know in reality, the names aren't super out-of-the-ordinary — like they would be if you were trying to name your kid after characters from Star Wars or something. Not that there's anything wrong with that, though.

Though true fans may balk at the name "Toby," I think it's important he's included on this list — albeit at the bottom because "I hate so much about the things you choose to be," Toby. "Why are you the way that you are?" Even Michael tried to talk to Toby and be his friend, but "that is like trying to be friends with an evil snail." Okay, so maybe you don't want to name your kid Toby... but at least there are 27 other names to choose from on this list of names inspired by The Office. And I know "I can't force you to go down, but I can entice you" to look at this list. (That's what she said.)