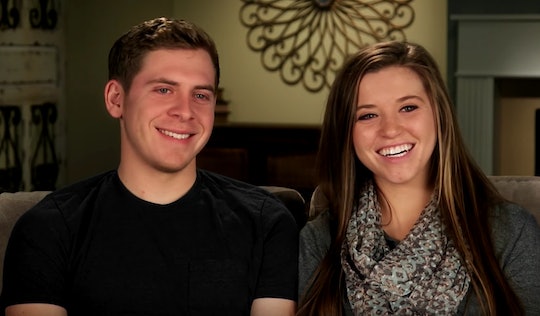 It's official: Joy-Anna Duggar and Austin Forsyth are on the cusp of the terrible twos. Although some tantrums are likely on the way, the Counting On stars' little guy, who turned 2 years old on Sunday, Feb. 23, is a cutie, let's have a look back at some adorable of photos of Joy-Anna Duggar's son Gideon that will make you immediately say "awww."

Loyal Counting On viewers have been there for Joy-Anna and Austin's journey to finding love and becoming parents. Fans watched Joy-Anna start her courtship with Austin in 2016, saw them get married in May 2017 in front of cameras, and were there when she announced her pregnancy around three months later, in August. The following year, the couple welcomed Gideon Martyn Forsyth, on Feb. 23.

Fans even followed along with Joy-Anna during difficult labor and delivery with Gideon during an episode of Counting On. They've been there for all of the couple's highs and lows, watch Gideon grow up from a little baby to a rambunctious toddler. And they've been there when the couple experienced devastating loss in 2019, when Joy-Anna suffered a miscarriage at five months of pregnancy.

Over that time, Gideon has always made his parents and Counting On fans smile. So in honor of his second birthday, let's have a look through some of his cutest moments from the past year.