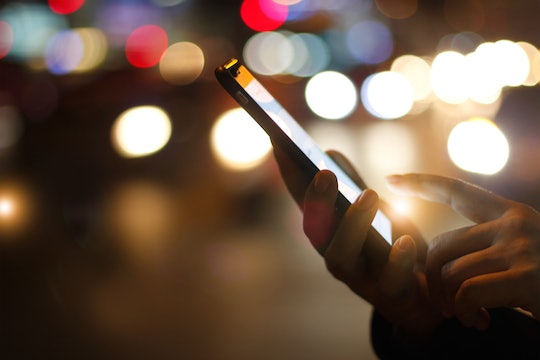 6 Safety Tips For Using Ridesharing Services Everyone Should Know

Millions of Americans can easily order car rides on Uber, Lyft, or other ride-sharing apps after just a few taps on their phone. But, as with many things in life, there are ways to increase you and your loved ones safety while using the services many depend on so much. To help you do so, here are six safety tips for using ride-sharing services that everyone should know and share with their loved ones.

Many are on high alert after hearing the tragic news of a South Carolina college student who was reportedly kidnapped and murdered after entering a car she mistook for an Uber, according to ABC News. Romper's request from Uber was not immediately returned, but the company lists a number of safety tips for its customers.

Utilizing such safety tips is important, as a poll conducted by Pew Research Center found that an increasing number of Americans are using the ride-hailing phone apps. Numbers released in January show that 36 percent of adults say they have used a ride-sharing service, a significant increase from the 15 percent that said they had used the services in late 2015. According to the same poll, just over half of Americans between ages 18 and 29 (51 percent) have used an Uber, Lyft, or similar service.

With the increased dependency on ride-sharing, it is important to practice safe habits when traveling with relative strangers. So here are just a few tips that you can use before you order your next ride.

More Like This
6 Takeaways From The White House’s First-Ever Parents Press Conference
5-Year-Old Boy Died In Hot Car As His Family Prepared For Sister's Birthday Party
Can You Light Fireworks In Your Backyard?
Dads Share What Paid Family Leave Would Mean To Them In Heartwarming Video