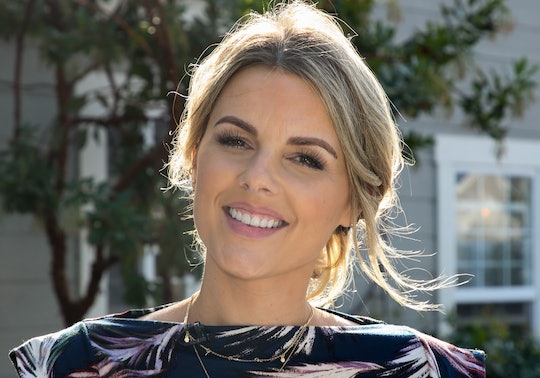 No one likes a constipated toddler, but after praying for a bowel movement for her son, one Bachelorette alum is probably regretting it just a little bit. While detailing a hilarious incident on her Instagram Story, Ali Fedotowsky-Manno revealed her toddler pooped in a resort pool while on vacation in Hawaii. As happy as she is that he got a bit of relief, she also said the experience was "super embarrassing."

The mom of two is on vacation with her husband Kevin Manno and their two children at the Fairmont Kea Lani in Hawaii. On Monday, she shared a beautiful family photo of the four of them in front of the pool. "Manno Family Vacation," she captioned it. "Riley hasn’t poop[ed] in 3 days but other than that, we are all in our happy place." Along with a plea for her followers to "think poop thoughts for Riley."

The poop thoughts from her followers must have worked. Mere hours later, the 1-year-old found relief. "So, Riley finally pooped and I’m so mortified at what went down when he finally pooped that I don’t think I’m ready to share — or will ever be able to share — but I’m just letting you guys all know it happened," she said in a video posted to her Instagram Story, giving the camera the thumbs up.

But it seems that so many of Fedotowsky-Manno's followers guessed what happened that she gave in and told the whole hilarious story.

Clarifying the experience a bit further, she added that Riley was wearing a swim diaper in the pool but had "runny as F poop" that came out the sides. Yikes.

Poop aside, the family seems to be having a blast on their tropical vacation. Throughout the day, Fedotowsky-Manno shared a few other videos including her "twinning" moment in matching bathing suits with her daughter Molly and Riley's matching swim suit with dad.

Now that Riley has found some — um — relief, the family can continue their vacation more comfortably. No harm, no foul. What's chlorine for, after all?