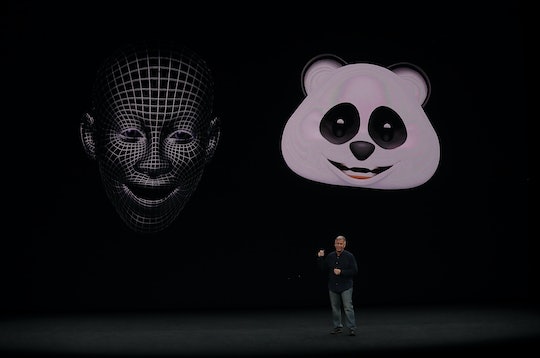 Animojis Will Be An Exclusive Feature For The Newest iPhone

Pretty much the entire internet has been abuzz with the news that Apple is preparing to release their new products, including the much talked-about iPhone 8. After unveiling many of the new features that the iPhones 8 and 8 Plus will have, there were still quite a few questions. After all, Apple also unveiled the new iPhone X on Tuesday, which will be quite different than the 8 and 8 Plus. One of those features is the animoji, animated emojis that seem to be equal parts adorable and perhaps a bit unnecessary. However, are animojis on the iPhone 8?

For now, they're an iPhone X exclusive. Apple announced the iPhone 8 shortly before announcing the iPhone X on Tuesday, so it's no wonder that many are confused about what the differences between the two models will be. However, the animoji feature will only be accessible on the iPhone X, despite the iPhone 8 having the face-scanning technology that seems necessary for the animated emojis.

But, animojis actually rely on the iPhone X's 3-D sensor, which then lets users create animated versions of their favorite emojis, like the monkey, cat, or dog, and just about everything in between. So, if you're wanting to use the animoji feature, you'll have to hold out until the iPhone X is available.

While the iPhone 8 and iPhone 8 Plus will be available for preorder on Sept. 15, and available in stores on the 22, the iPhone X has a later release date. But that isn't where the differences between the two models ends.

And while the iPhone 8 and iPhone 8 Plus might not have the animoji feature that the iPhone X does, they're still an upgrade from the existing iPhone models. Both phones will be able to be charged wirelessly, which means that those pesky little charging cords that somehow always seem to break will soon become relics of the past.

What's more, the iPhone 8 and iPhone 8 Plus will also have speakers that are two times as loud as those on your current iPhone, addressing a common complaint by iPhone users everywhere.

According to E! News, here are some of the other updates announced with the iPhone 8:

Of course, the iPhone X has even more new features, but it won't be available for preorder until Oct. 27. But, for those who are keen on the animoji feature, it might be worth the wait. According to The Verge, Apple is describing animojis as "custom animated messages that use your voice and reflect your facial expressions."

The iPhone 8 starts at $699, with the 8 Plus starting at $799. The iPhone X, on the other hand, will begin at $999, so if you're really wanting that animoji feature, you're going to have to be willing to pay up. It's unclear if users without an iPhone 8 will be able to receive animojis, or if they'll ever be able to send them from their own phones. For now, all that's known is that animojis are an iPhone X exclusive, and they might stay that way.