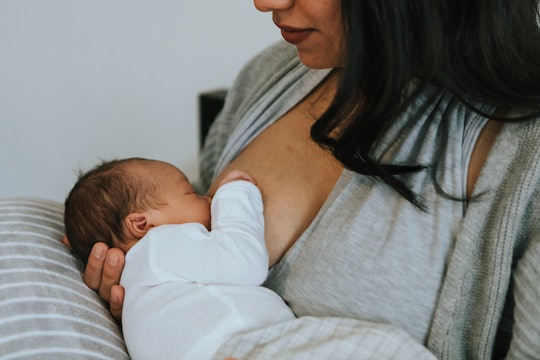 It seems like everyday brings a new discovery on the benefits of breastfeeding. Most recently, according to a new study conducted by the World Health Organization (WHO), researchers are saying that breastfeeding could help prevent childhood obesity in addition to its previously found benefits.

The researchers from WHO, led by Europe and the National Institute of Health in Portugal, found that breastfeeding could work as a protective shield against obesity. According to its findings, infants who are never breastfed are at risk for developing obesity while children who are exclusively breastfed are less likely to develop the health condition.

There was also correlation found in the study between the number of months children were breastfed and their obesity rates.

“[The study] confirms the beneficial effect of breastfeeding with regard to the odds of becoming obese, which was statistically significant increased if children were never breastfed or breastfed for less than 6 months,” the study concludes. “Nevertheless, adoption of exclusive breastfeeding is below global recommendations.”

WHO suggests increasing breastfeeding in the first six months to at least 50 percent worldwide by 2025.

These new findings suggest that previous advertisements claiming formula and breast milk are equal in nutrition could be wrong, and that mothers need more accommodation to make breastfeeding possible.

According to a 2008 study conducted by the New York City Department of Health and Mental Hygiene that explored the corporate influence on infant feeding practices, researchers suggested the infant formula industry through its marketing and advertising has contributed to lower rates of breastfeeding in recent years. According to those findings, although breast milk is the “gold standard” for infant nutrition, a decreasing number of women breastfed their children as time went on. In 2005, as the same study pointed out, 71 percent of U.S. women initiated breastfeeding, but only 38 percent of U.S. women exclusively breastfed their children at three months.

“We need to see more measures to encourage breastfeeding, like properly paid maternity leave," Dr. João Breda, a senior author from the most recent study, told The Guardian. “We need less inappropriate marketing of formula milk, which may lead some mothers to believe it is as good for babies as breast milk.”

It is important to note that there still remain many reasons why women can’t and don’t want to breastfeed, including low breast milk supply, lactation failure, having an infectious disease, and medical conditions resulting from a previous surgery. For women who would still like to give their child breast milk, natural alternatives including breast milk banks could also be a viable option.

Study after study has made it clear: the benefits of natural breast milk are bountiful and more research like this only helps parents make more informed decisions for their children and themselves.