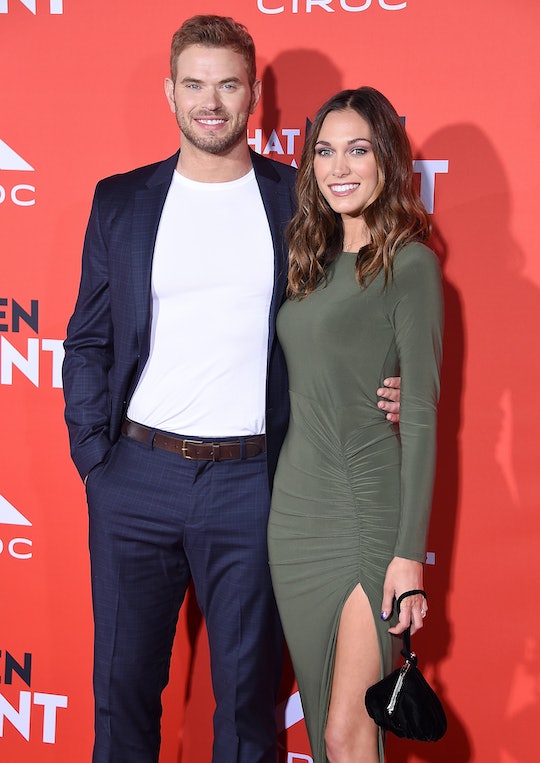 Describing what it's like to lose a pregnancy can be a difficult and emotional task, but Brittany Lutz penned a powerful message following her miscarriage that so eloquently explains the conflicting emotions that tend to come in waves following such a loss.

Last week, Brittany, who's married to Kellan Lutz, the actor who played Emmet Cullen in the Twilight series, announced the devastating news that they lost their baby girl when she was six months pregnant. "Baby girl, ⁣It was my absolute honor and pleasure to be your mom these last 6 months. I did my best and it was an absolute joy seeing your little face all those times on that screen and feeling your tiny kicks," she wrote alongside a photo fo herself standing while her hands rested on her bump. "I don’t know why it happened the way it did, but part of me finds so much peace knowing you never experienced pain or heartache and never will."

On Sunday, Brittany returned to Instagram to thank her followers for their outpouring of love, support, and shared stories. She also eloquently described how she has been feeling since the loss. "This has, without a doubt, been the hardest season of my life," Brittany wrote alongside a photo a photo of a bouquet of flowers Kellan had given her. The arrangement included a single white rose for the daughter they lost. "It feels as though within one day we went from a season that felt like a warm summer day, to the most frigid, windiest, iciest, day ever recorded."

"My emotions and feelings are slightly all over the place which is to be expected," she continued. "Some moments I feel so full of peace and hope and expectancy. And other moments, simply put, it all just hurts like hell."

What plenty of people likely don't think about after a pregnancy loss are the physical symptoms. However, Brittany made sure to include these in her update as well. "My milk came in last night. My boobs are rocks, leaking, and hurt like heck. It feels like a cruel reminder that I have no baby to feed," she wrote. "My arms and neck are covered in bruises from IVs and blood transfusions and my body is so sore from fighting to survive." ⁣

Brittany also made it a point to acknowledge the positives of her situation: She's still here — plus she has "the greatest husband and family and friends (and all of you who I’ve never even met!) who have poured so much back to me that I feel full."

"This situation didn’t make me the person I thought I would become (specifically a mother to a real life baby girl), but it did birth a new version of me," she wrote. "Truthfully I’m scared and nervous but at the same time really eager to get to know her."

Considering 10% to 20% of known pregnancies end in miscarriage, this is a topic that deserves continued attention. Even for those who have never lost a pregnancy, reading posts like Brittany Lutz's and learning more about what a woman goes through — both physically and psychologically — can help cultivate a stronger understanding about what she goes through.