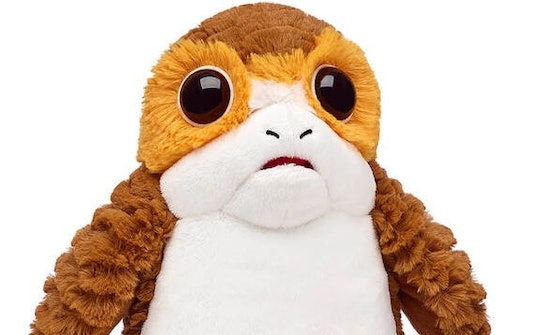 It's been decades since the original Star Wars was released, but as movies continue to be made, so are fans. The franchise's littlest Jedis-in-training can now snuggle up with one of Build-A-Bear's new Star Wars characters to ensure the force will always be with them. Despite some of the scary scenes in the movies, these furry friends are anything but intimidating.

Build-A-Bear has been carrying Star Wars characters for a while now, but their most recent additions to the collection are so cute that even the movies' biggest critics would have a hard time not loving them. The retailer has somehow managed to make characters like Darth Maul soft and cuddly enough that kids will want to bring him to bed with them, and won't be afraid he will spark nightmares.

Since they are licensed products, they are a little on the higher end in terms of price, but many of them come decked out in gear already so you won't have to spend extra on costumes and accessories to complete the look. They're definitely worth the splurge, and any little kid (and probably adult) would be overjoyed to have one. If you're not already convinced, here are four furry Star Wars friends that you won't be able to resist.

This article was originally published on Jan. 10, 2020