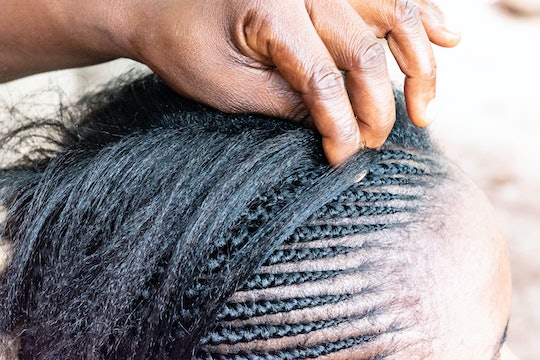 For decades, African Americans have been pushing for inclusion and representation in a society that favors Eurocentrism. For America's Black community, one of the major roadblocks imposed by widely accepted Eurocentric standards is discriminatory policies against natural hair, which is often worn as braids, twists, cornrows, or locks in addition to the well-known Afro. To address racial discrimination in grooming policies, California lawmakers on Monday unanimously passed a bill to end hair discrimination in schools and in the workplace.

The "Create a Respectful and Open Workplace for Natural Hair" (CROWN) Act, introduced by Sen. Holly Mitchell of the 30th District, hopes to reform discriminatory policies and attitudes against natural hair that is often deemed "unprofessional" by employers and schools.

"Eurocentric standards of beauty have established the very underpinnings of what was acceptable and attractive in the media, in academic settings, and in the workplace," Sen. Mitchell said prior to a vote on the bill. "I have heard too many reports of Black children humiliated and sent home from school because their natural hair was deemed unruly or a distraction to others."

Black men and women, Mitchell said, are also disproportionately affected by discriminatory grooming policies in the workplace, with office policies or attitudes hindering economic advancement and in some cases even resulting in termination.

In recent years, Black girls have reportedly been sent home from school and even prevented from taking their exams for wearing braided hair, head wraps, and natural hair. In 2018, federal data showed that Black students were more likely to be suspended and expelled in grades K-12 and were disproportionately disciplined when compared to their white counterparts, who were consistently underrepresented among students suspended from school.

And a joint study by the University of Kansas and Michigan State University published in 2017 found that adults’ implementation of disciplinary policies, which includes enforcing deemed violations of dress codes and grooming policies, not only affected the racial and gender identity development of Black girls, but also perpetuated anti-Black discipline and represented behavioral responses to White femininity that may not align with Black femininity.

The CROWN Act hopes to address this disparity.

Its passage, according to Sen. Mitchell, will help educate others about unique qualities of Black hair and the Black experience and will also challenge myths about what constitutes professionalism.

"By clarifying that hair texture and hair styles are tied to racial identity, this bill actually helps make employers aware of traits that have been historically excluded and helps them create grooming policies that will foster inclusion and diversity," she said when introducing the bill. "[The act] protects Black employees and students from being forced to conform to a non-inclusive idea of a professional image at the expense of their personal choice."

With a 37-0 vote in the California Senate, the bipartisan bill would protect discrimination based on hair texture and style in the workplace and in public and charter schools.

The bill hopes to challenge racist attitudes toward hair traits historically associated with “Blackness” in America, along with other basic physical characteristics such as dark skin. It would prohibit employers and school administrators from enforcing grooming policies that disproportionately impact people of color and increase cultural and racial sensitivity in the workplace and academic settings.

The CROWN Coalition behind the bill — which includes well-known names like Dove and the National Urban League — is hopeful for its positive impact.

Dove, a co-founder of the coalition, which previously apologized after receiving backlash for an advertisement portraying a Black woman turning white, tells Romper it hopes to champion an inclusive definition of beauty that makes everyone feel included.

"Because Dove is committed to beauty inclusion for all women, we’re working to positively impact how black women and girls experience beauty in the US," the company tweeted on Tuesday. "That’s why we’re part of the #CROWNcoalition working to make it illegal to discriminate against natural hair."

Color of Change Campaign Director Janaya “Future” Khan also sees the initiative as a small step forward that could eventually lead to national change. “Protecting the rights of marginalized people is urgent in this political climate, and while this bill is a small step, it is an important one that we hope acts a blueprint beyond California and strikes at the heart of racial discrimination,” Khan tells Romper.

The Western Center on Law & Poverty, an organization that promotes racial justice and co-sponsor of the bill, says that it also hopes that the legislation will progress the country forward, “away from racism and white supremacy as a status quo.” “After 400 years, lawmakers are starting to look critically at those toxic ways of thinking,” Courtney McKinney of the Western Center expressed to Romper.

California’s legislation comes shortly after New York City released guidelines in February that would similarly ban targeting of people based on hair or hairstyle at work or in school. Now, Sen. Mitchell’s office points to a possible pending effort on a national level to adopt federal policies preventing hair discrimination.

California's CROWN Act now heads to the Senate Appropriations Committee in the state assembly, but no date has yet been set. With lawmakers finally addressing racial discrimination in their home states, legislative action on a federal level looks more hopeful now than ever before.