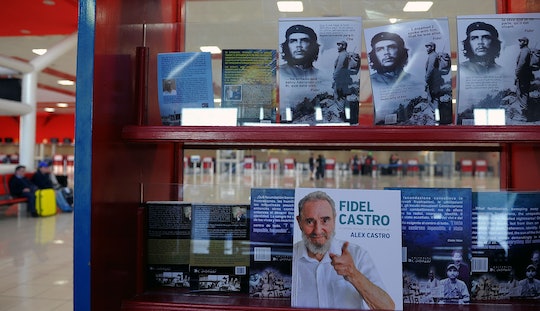 Here's Why You Might Have To Cancel Your Cuba Trip

Following a string of mysterious "sonic attacks" on American diplomats in Havana over the past several months, the U.S. State Department pulled all nonessential personnel out of Cuba on Friday. But what does that mean for civilians? Can U.S. citizens still travel to Cuba? According to CNBC, they're out of luck, at least temporarily, as "the U.S. is halting visa processing in Cuba indefinitely," until Cuban officials can figure out who's behind the attacks and guarantee the safety of U.S. diplomats and their families. The American Embassy will stay open with a reduced staff.

According to CNN, there may have been as many as 50 sonic attacks between November and August, and at least 21 U.S. diplomats, as well as their family members, have suffered effects such as dizziness, concussions, and in one case, permanent hearing loss. The attacks appear to be specifically targeting Americans. The Cuban government has denied any involvement, but according to a senior State Department official who spoke to CNN, Secretary of State Rex Tillerson told Cuban Foreign Minister Bruno Rodríguez in a meeting on Tuesday that regardless of who is conducting the attacks, Cuba is responsible for ensuring the safety of U.S. diplomats while in Havana.

The U.S. restored diplomatic relations with Cuba in July 2015, after over 50 years of tensions following the Cold War. President Barack Obama visited Cuba the following March; he was the first U.S. President to do so in 88 years. But then-candidate Donald Trump failed to uphold the good will between the countries, often criticizing the "deal" Obama made with Cuba, and promising to end diplomatic relations "unless the Castro regime meets our demands," according to CNN. In June, Trump announced that "effective immediately, I am canceling the last administration's completely one-sided deal with Cuba." The new restrictions called for American travelers to undergo tighter scrutiny by the Treasury Department, according to Politico, and barred Americans from having any financial transactions with Cuban military, which controls most of the country's tourism industry.

Earlier this month, the American Foreign Service Association said that U.S. diplomats had been diagnosed with a range of maladies such as a loss of balance, severe headaches, cognitive disruption, brain swelling, mild traumatic brain injury, and hearing loss as a result of the attacks, according to ABC News. An unknown sonic device is thought to be responsible for the symptoms, but U.S. and Cuban officials have been unable to identify a definitive cause.

According to Time, U.S. officials believe that the diplomats were exposed to infrasound, a low-frequency sound that's undetectable to the human ear, by a device located either in or near their homes. Acoustic weapons have been around for decades. Long Range Acoustic Devices, or sound cannons, have been utilized for such diverse purposes as deterring wild animals, crowd control, and even out-and-out warfare, according to Slate. Meanwhile, high-frequency ultrasonic sound waves have been used to keep bugs out of homes (with mixed results), and even to prevent teens from loitering.

Until the cause of the Cuban attacks has been identified, the U.S. can't guarantee the safety of diplomats, or even civilians, as some of the victims were at a hotel when the incidents occurred, according to the Washington Post. No other hotel guests were affected, indicating that the embassy employees were specifically targeted, but there's no telling if civilians might be in danger in the future. At least one Canadian diplomat was also affected by the attacks, according to the Guardian. Multiple sources have told McClatchy that the White House does not believe Cuba is responsible for the attacks, although some sources believe the government was, at the very least, complicit. Until they get to the bottom of it, Americans are urged to steer clear of Cuba. Seems like a good time to give up that cigar habit.