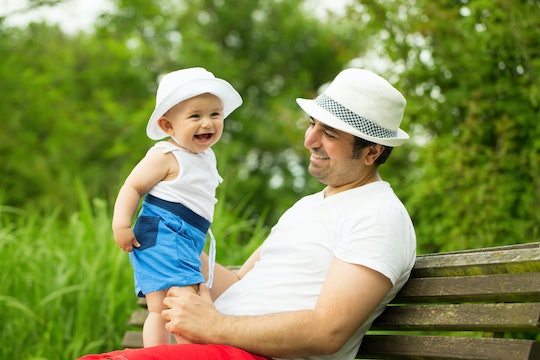 As Quartz reported, Spain introduced paid paternity leave back in 2007. Although this started off as two weeks of fully paid leave, new dads were given five weeks of paid leave in 2018. Economists have been tracking the effects of the paid paternity leave policy since its inception. What they found was an unexpected shift: Families that were eligible for paternity leave were less likely to have kids in the future. The question, though, is why.

A new study published in the Journal of Public Economics by economists from the University of Barcelona and the University of Pompeu Fabra discovered this trend. They found that, two years later, parents who were eligible for the paternity leave program were 7-15-percent less likely to have another child than parents who had just missed the eligibility cutoff. While the difference wasn't as great as time went on, even six years later, parents who had been eligible for the leave were still less likely to have a child again.

A positive takeaway from Spain's paternity leave policy was that dads took a more active role in childcare. This, in turn, led to higher labor force attachment among mothers. (Which are both good outcomes, if you ask me.) But apparently, the new policy also resulted in an increased awareness for dads of the costs of raising kids — as well as a "shift in preferences from child quantity to quality," according to the economists.

So basically, those few weeks of paternity leave were enough to open up dads' eyes to the fact that childrearing is, A) No walk in the park, and B) Expensive AF. Although it's impossible to determine each father's individual reasoning behind wanting fewer children, these conclusions make a lot of sense to me. It's worth noting, too, that a global financial crisis affected Spain roughly one year into the new paternity leave program, according to Quartz. Which could very well play a role in a family's choice to add more kids or not.

Of course, this is Spain we're talking about — and the country already had a few unique circumstances going on before the paternity leave began. “There are a couple of reasons that I’d be hesitant to believe that these same impacts would apply elsewhere,” David Evans, an economist at the Center for Global Development, told Quartz. “In Spain, almost no men were taking paternity leave before the policy, and that jumped to more than half of men after the reform. At the same time, men in Spain wanted more children than women did. That wasn’t the case in a number of other European countries.”

Meanwhile, there is still no guarantee of paid maternity or paternity leave here in the U.S.. Nothing. Although the Family & Medical Leave Act of 1993 (FMLA) offers up to 12 weeks of unpaid leave for some employees under certain circumstances, whether or not an employer pays new parents a dime is completely up to that company. Which means new moms are often returning to work way before their bodies have a chance to heal or they have an opportunity to bond with their babies — out of sheer necessity.

I have a feeling paid paternity leave in the U.S. probably wouldn't have the same effect as it did in Spain when it comes to the number of children dads want. But who really knows unless we give it a try? Let's get some legislation rolling, folks!