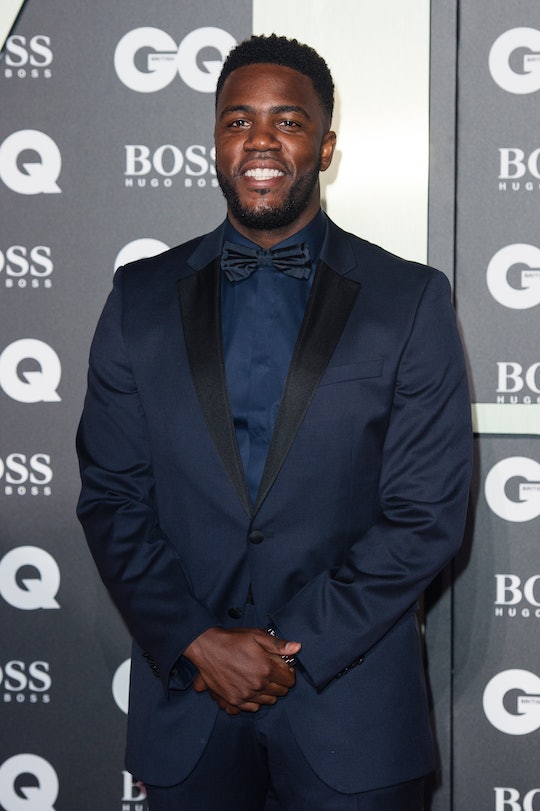 After watching British comedian Mo Gilligan's new standup special Momentum on Netflix, viewers may find themselves feeling curious about how he spends his time when he's not performing. But you might not be able to learn much about his personal life, because he doesn't share much on social media. Mo Gilligan may have a girlfriend — or he might not. Either way, he's staying mum.

Gilligan's Instagram account is primarily taken up with promo for his various projects (in addition to his standup performances, he hosts The Lateish Show with Mo Gilligan), as well as the short comedy videos he's been making for years. Those videos were a big contributing factor in his success as a comedian, because their increasing popularity brought him into the public eye. But when it comes to information about his relationship, there are no details to be found on Instagram.

In 2018, the Evening Standard stated that Gilligan had a longterm girlfriend, actress Sophie Wise. She has appeared on Hollyoaks, Doctors, Rillington Place, and Holby City. But that brief mention is pretty much the only reference to their relationship that I could find. That makes it difficult to determine whether or not Gilligan and Wise are still together now. It's always possible they split sometime after 2018, though it's equally plausible that they're still together, just very private.

Gilligan has been performing as a standup comic for years, but it's only recently that he's begun to achieve more mainstream success. He was still working in retail when his viral videos started to take off — most of which feature him doing very specific characters, like Girl Who's Missing Her Ex and Cockney Guy Who Sees A Bit of Sun. That led to customers starting to recognize him at the Levi's where he was employed, according to BBC News.

It also led to some pretty impressive Instagram followers. Drake followed Gilligan in 2017, and went on to quote one of his bits in a post. It was a sign that Gilligan's material was getting more recognition — though Gilligan joked on Twitter that he still couldn't get his mom to accept his Facebook friend request. After successfully completing a U.K. comedy tour, Gilligan was invited to co-host The Big Narstie Show on Channel 4 with rapper Big Narstie, per The Guardian. He was able to parlay that into his own talk show, The Lateish Show, which premiered in July 2019.

It seems like Gilligan's career is on the upswing and it's easy to follow each and every one of his new endeavors because he announces them all on social media. But when it comes to his personal life, it looks like he prefers to keep that private. He hasn't shared any anecdotes about his girlfriend in his interviews or made announcements about his relationship status on his socials. That means he might be keeping that part of his life from the public eye — or he could just be single. Until Gilligan decides to share, it will remain a little bit of a mystery.

Momentum is currently available on Netflix.

More Like This
Reese Witherspoon’s Son Deacon Is Officially An Actor & Is Working With One Of His Mom's Besties
Khloé Kardashian Has Welcomed Baby #2 Via Surrogate & Is Keeping The Name A Secret
The Worst Fake Babies In The History Of Movies & TV
10 Cozy, Romantic, & Drama-Filled Shows To Watch If You Love 'Virgin River'