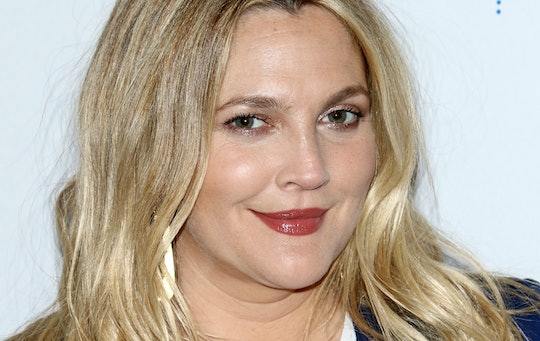 "Don't get me wrong girl, my core before I ever even met you wasn't great anyway," is how Drew Barrymore started an honest convo with her daughter about the ins and outs of wellness. Specifically, her pelvic floor and core muscles. Kids gotta learn at some point and who better to tell them than their own mom, right?

The Charlie's Angels actress — who shares 7-year-old daughter Olive and 5-year-old daughter Frankie with ex-husband Will Kopelman — recently opened up about some of her wellness concerns in a video shared on Instagram in honor of Wellness Week. For instance, she keeps it "very real" with her younger daughter while chatting about her core muscles and pelvic floor, both of which she seems to believe could use a little TLC. But the mom of two was very clear during her recorded convo with Frankie that she did not blame her daughters for the change in her body.

"Don't get me wrong girl, my core before I ever even met you wasn't great anyway," Barrymore explains to Frankie, who is sitting on her mom's belly wearing what looks like a tutu. "So it's not like 'Wow I had this amazing body,' and then I had kids. I never was strong in my core and pelvic floor."

The Santa Clarita Diet actress also explained to her daughter that she didn't really know what her pelvic floor was. "That's why I'm getting help," Barrymore says. "I'm learning what my pelvic floor is."

She's also introducing herself to her muscles that support her organs, such as her bladder and uterus. "I'm like 'Hi pelvic floor, my name is Drew," she says to her daughter during a "pelvic floor physical therapy" session. "I'm in my 40s, it's really nice to meet you."

The truth is, a lot of women struggle with weakening and stretching of their pelvic floor muscles, particularly after giving birth. In fact, according to Cincinnati-based health network TriHealth, the chances of suffering from pelvic floor disorder increases with each child and also with age — that's the bad news. The good news, however, is that pelvic floor disorder is also treatable and manageable, according to the Cleveland Clinic. So while Barrymore didn't not share why she was doing pelvic floor physical therapy now, it's certainly a good thing that she's making sure her daughter is in the know.

Barrymore also noted on Instagram that she plans to keep her daughter and her followers updated with her pelvic floor therapy over the next week. "To harness wellness, I want to promote it in several forms," she wrote. "Let the games begin! And let’s celebrate our challenges as well as our triumphs."