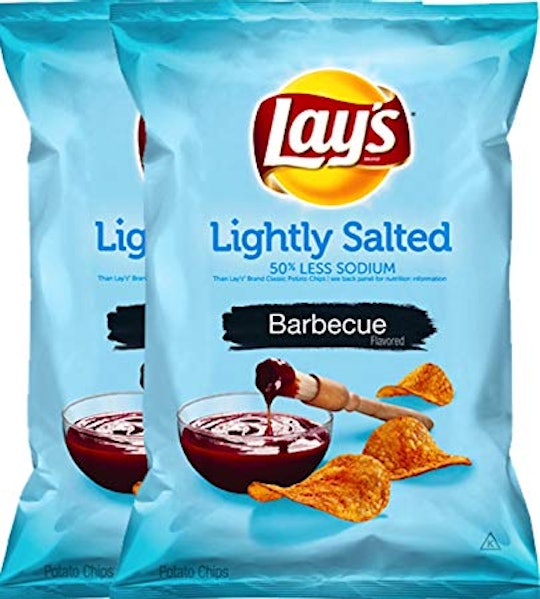 School's out for summer, but chances are you're still packing lunches for day camp, trips to the park, the beach or other summer destinations. If so, you might want to double check your snack supplies. Frito-Lay recalled BBQ flavored chips due to milk allergen contamination.

The company has recalled its 7.75 ounce bags of "Lightly Salted Barbecue" chips because they contain an undeclared milk allergen, according to ABC News. The report claims the wrong flavoring was accidentally added into the Lightly Salted BBQ chip bags.

The chips are marked with a "Guaranteed Fresh" date of Aug. 27, 2019, and a manufacturing code that includes the numbers 2 and 9, according to the FDA.

No other Lays or Lays Lightly Salted brands were affected and, thankfully, no illnesses have been reported as of this time.

Customers may return the affected bags to their place of purchase for a full refund and can call Frito-Lay Consumer Relations at 1-800-352-4477 (9 a.m. – 4:30 p.m. CST, Monday-Friday) for any additional information or questions.

According to Eat This, everyone likes potato chips. In fact, they ranked seventh in a list of America's Top 25 Favorite Snack Foods. But if potato chips have an undeclared milk allergen that can produce a host of nasty symptoms, snack fans aren't going to like it so much.

Milk allergies are common — about 30 million Americans have it by the age of 20, according to WebMD. They are also pretty common in children, with 2 in every 100 child under four having some form of milk allergy.

Symptoms of a dairy allergy usually include abdominal cramping, diarrhea, gas, and bloating, according to WebMD. More serious symptoms can include trouble breathing, hives, wheezing, swelling of face and lips, and tightness of chest and may require the use of an Epi-pen.

All in all, it's a really bad time to have potato chips recalled. Americans consume more than 1.5 billion pounds of these crispy, salty, deep fried potato snacks each year, according to Channel 3000. And given that it's barbecue and picnic season, a lot if it going to be happening during the warmer summer months.

This is the first Frito-Lay recall since 2017, when two jalapeño flavored chip varieties were recalled due to salmonella fears, according to CNN. Frito-Lay introduced its Lightly Salted selections in 2010, according to CPS Daily News. These chips offer 50 percent less sodium than regular Lays chips.

If you're looking for other low sodium chip alternatives, check out brands that are made from things other than potatos - like beans, peas, plantains and flax seed, according to One Green Planet.

So, if potato chips are a snacking staple in your house, you might want want to check in on your supplies. And if you have a milk allergy, maybe switch to pretzels until the coast is clear.

More Like This
Can The Baby Have That?
Delicious Juneteenth Recipes Your Whole Family Will Love
This Is What Experts Say About Eating Hot Dogs During Pregnancy
Bunmi Laditan Hopes There’s No Cooking in Heaven