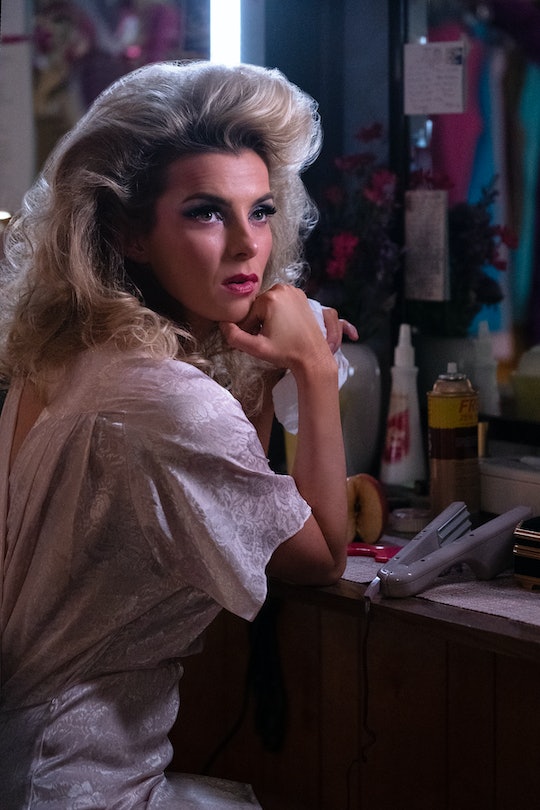 ‘GLOW’ Takes On Disordered Eating In Motherhood, & It Hits Close To Home

"Mommy, what's wrong with your hand?" my 5-year-old son asks me, lightly running his fingers over the scars on the first three knuckles of my right hand. "Oh nothing, baby. That's just mommy's owie."

"How did you get an owie?" he asks, his brow furrowing with concern.

I can feel the truth inch its way up my throat. I can feel an ache to be honest. But he is 5, and I'm not ready, so I change the subject and, in true post-toddler fashion, my son quickly forgets about the scars on mommy's hand.

Season 3 of Netflix's GLOW did what I couldn't, and still can't, do: it found a way to acknowledge that moms suffer from eating disorders and disordered eating. And while both are often thought of as the result of simple vanity, eating disorders develop for a variety of complex reasons. For some, the pressures of motherhood can manifest themselves into disordered eating.

Season 3 takes place in Las Vegas, as the women navigate complicated relationships, their sexualities, a hate crime, and the monotony of running a successful Vegas show. For Debbie, AKA Liberty Belle (played by Betty Gilpin), being a working mom is starting to take a toll: she is living in Las Vegas while she works on the show, flying back home to Los Angeles to see her son on the weekends, and missing her son's milestone moments as a result. The guilt is overwhelming her. And, in response to her inability to see her son, she attempts to control the only aspect of her life she feels she can — her body — by forcing herself to throw up after a meal.

"Stress is a huge striker for any kind of mental illness, but especially eating disorders," Dr. Alexis Conason, Psy.D., psychologist with a private practice in New York City and the founder of the Anti-Diet Plan, tells Romper. "It’s a way to cope when things get really overwhelming and out of control." Conason says that while there is a prevailing perception that eating disorders and disordered eating are just narcissism run amuck, it's not a conscious choice.

"Eating disorders and disordered eating are symptoms," she explains. "It’s not a choice. It’s not a decision that someone makes. They’re psychiatric illnesses." An estimated 30 million people of all ages and genders are diagnosed with an eating disorder in the U.S., according to the National Association of Anorexia Nervosa and Associated Disorders (ANAD), though Conason believes the number is actually higher.

I know, when I skip meals or purge after I finally do eat, that I am killing myself. It's unclear whether or not Debbie knows that she is doing the same in Season 3 of GLOW, but one thing is crystalline: we're both reacting to the pressures of motherhood in an unhealthy, dangerous way.

At the beginning of Episode 2, titled "Hot Tub Club," Debbie is on a plane flying back home to see her 10-month-old son. She asks a flight attendant to stow a beautifully gift-wrapped Teddy Ruxpin she has bought for him, who, she admits, will have no idea what it is or "why there's a bear in his crib who talks."

"You know how it is: you're working and you want to bring them something back that says, 'I miss you and I feel terrible and I've already bought you everything in the hotel gift shop so how about this really expensive toy,'" Debbie tells the stewardess, who seems sympathetic to Debbie's plight, handing her a pair of pilot's wings for Debbie to take home to her son.

But when the same flight attendant serves Debbie on her return flight, her sympathy gives way to obvious judgment.

"So, you only get to see your kid one day a week?" she asks, with an air of superiority wrapped in faux concern. Debbie returns the wings, telling the stewardess, "Hi. Yeah, I know you're, god, an incredible mom, but my kid is still a baby, and this is just dangerous, so you can just keep your f*cking wings." But her moment to revel in righteous justice is short-lived: when she returns to her hotel room in Vegas, her ex-husband calls to tell her that her son has taken his first steps mere moments after she left. She missed it. She implores her husband to buy a camcorder so he can record her son walking. When, at the end of Episode 3, titled, "Desert Pollen," Debbie finally does see her son walk, courtesy of a tape sent by her ex, she then calmly walks to the bathroom, kneels in front of the toilet, and forces herself to throw up.

It's easy for viewers to assume Debbie's purging is centered entirely around her want to be thinner. Earlier in the episode, she laments about her body, telling Ruth (played by Alison Brie), "Today I found out that my boobs are too big, and my ass is four times the size of every showgirl in Las Vegas." But it wasn't until she watched her son precariously walk while she was 269 miles away that she felt the need to purge. She feels that, as a mother, she is failing, and the only way to correct that failure is to change her body.

"Our culture puts an inordinate amount of pressure on women to look a certain way and 'be everything,'" Conason says. "So while it’s not about vanity, we are told that as women our value is in our body, in having our body approximate this cultural ideal to be pleasing to other people, and if we’re not able to manipulate our body to fit that ideal we’re bad, we’re not lovable, we’re not valuable."

Now, the scars on my hand are growing darker, more prominent, as I struggle to crawl back into what has more often than not been an imperfect recovery.

Genetics, temperament, biology, past trauma, and a deficit in coping skills can also put someone at risk for developing an eating disorder, according to The Center for Eating Disorders at Sheppard Pratt. It isn't that moms like myself and Debbie are using purging as a way to diet. We are purging because we do not know how to cope with the feeling that we've lost control; that we're failing; that we're less than; that we're fundamentally flawed in some irrevocable way, and the only way to rectify our defects is to punish our bodies until they adhere to society's unrealistic standards.

"In the absence of more positive coping skills, the eating disorder behaviors may provide acute relief from distress but lead to more physical and emotional harm," Courtney Dowdell, RDT, LCAT, CEDCAT, a psychotherapist who specializes in eating disorders and women's issues in private practice in Midtown Manhattan, tells Romper. "Instead of helping, the eating disorder behaviors serve to maintain a dangerous cycle of emotional dysregulation, ineffective communication, and/or psychological numbing."

Debbie articulates how this temporary relief can help people with eating disorders feel in control, while eating a cheeseburger with Ruth. "When I was 14 I got the idea that, 'OK, the only thing people are ever going to notice about me is my body so I guess it better be f*cking perfect' and, somehow, it has never left me," she says. And when she can't be the mom she believes she must be — the mom who works full-time but somehow never misses a single second of her son's life — she chooses to try and be the one thing she can become that elicits a feeling of worthiness: skinny.

"Rather than living in a society that supports us, we live in a society that puts additional pressure and burdens on us," Conason says. "Certainly the pressure to return to work before we’re ready is an enormous source of stress for people, as well as the additional pressures that mothers have to do it all, have to be at every event for our child, or even in the early postpartum phase, the pressure to breastfeed, the pressure to be available at all times to our child while also being available all times to your work and available all times to our spouse." Conason says it can all feel overwhelming, and is impossible to maintain, which, she believes, often leads to women feeling like they're failing.

"It’s just another source of shame that can be put on to us when we’re already in a culture that tends to elicit a lot of shame of women in just about everything that we do," she says.

I was bulimic long before I found out I was pregnant and subsequently brought another human being into the world, but the stresses of motherhood — the need to "do it all" and "be it all," to fulfill my obligations at work and at home and at my son's school — pulled me out of recovery and back into a cycle of disordered eating. When the sleep deprivation, the postpartum depression, the anxiety, the hormones, the crying baby — life — felt out of control, I aimed to at least control what was going in and out of my body. Now, the scars on my hand are growing darker, more prominent, as I struggle to crawl back into what has more often than not been an imperfect recovery. But perhaps the most difficult part of living with this mental illness is the notion that it's a manifestation of some sort of self-obsession: that I am nothing more than a shallow, self-absorbed mom who wants to be a certain size. I can't talk about why I don't want to eat. I can't discuss why I feel powerful after I purge. Because, sadly, most people will simply write me off as a desperate mom trying to fit into her pre-pregnancy jeans.

But I'm not. Like GLOW shows, and like science explains, eating disorders and disordered eating aren't about being as thin as possible. Instead, they're about reacting in an unhealthy way to external factors. They're about trauma, about the uneasy feeling that you're losing control, they're the byproduct of genetic predisposition, and the result of harmful, unhealthy sociocultural norms. Thirty years after GLOW is set, the scars on my right hand that so concern my son are proof that, as a society, we've yet to fully understand or support those with eating disorders or disordered eating habits.

Thirty years later, we still haven’t addressed the stressors that lead to Debbie’s eating disorder in any tangible, long-lasting way, and now it's my son asking, "Why?"

If you or someone you know has an eating disorder and needs help, call the National Eating Disorders Association helpline at 1-800-931-2237, text 741741, or chat online with a Helpline volunteer here.

More Like This
New Report Shows 80% Of Pregnancy-Related Deaths Are Preventable
Here's How To Keep Your C-Section Incision Dry
How To Support A NICU Parent, From Moms Who’ve Been There
Nebraska Judge Rules Two Mothers Cannot Appear On Their Sons' Birth Certificates