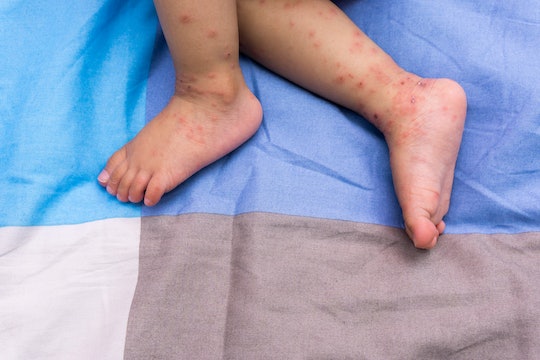 New York City officials declared a public health emergency on Tuesday, ramping up the battle against the recent outbreak of measles taking over the city’s borough that has recently infected over 280 people. The measles epidemic, affecting pockets of people in Brooklyn, is a part of a larger spread of the disease across the United States and has officials worried. Now, New York City health officials are also warning anti-vaxx parents against “measles parties,” which could be worsening the spread of the disease.

The epidemic — which has primarily affected Williamsburg’s Orthodox Jewish community, according to NPR — has riled up anti-vaxxers in their movement to resist vaccination. In a press conference on Tuesday, Deputy Mayor of Health and Human Services Dr. Herminia Palacio denounced anti-vaxxer misinformation campaigns targeting parents and warned against “measles parties,” in which parents are bringing unvaccinated children together to purposely infect and expose their children to measles.

“We know that there is a lot of misinformation out there about this virus and about vaccines,” Dr. Palacio said at Tuesday's press conference. "As a parent, I have no doubt that each and every parent is making decision based out of what they believe is best for their children."

She continued, "But as a doctor, a public health practitioner, and a mom, I must warn you that exposing your unvaccinated child to measles is vey dangerous, an could even be deadly. We urge everyone to avoid this practice."

According to The Hill, Dr. Palacio also told reporters on Tuesday:

We are concerned about families having measles parties... There are many more individuals who are living with chronic diseases, who are surviving cancer, and so we don't want children or adults to be unnecessarily exposed to measles.

The warning came after the city mandated vaccinations as part of the public health emergency and announced up to a $1,000 fine for those who choose to disobey the vaccination order, The New York Times reported.

New York City Mayor Bill de Blasio stressed the importance of getting vaccinated during the conference, saying, “We have a situation now where children are in danger. We have to take this seriously. Every one of us has to feel responsibility for the situation because measles is so contagious and can spread so quickly.”

The outbreak, he said, could worsen in the coming days because of the Jewish holiday of Passover, which will see people traveling and gather together for the celebration.

Nearly 250 people affected by measles in the Brooklyn are children who have been unvaccinated or incompletely vaccinated, according to BuzzFeed News. According to Reuters, 21 people have been hospitalized and five have been admitted to intensive care following infection. Compared to only two reported cases of measles in 2017, according to Bloomberg, the alarmingly sharp increase is worrying officials who are pushing for vaccinations, de Blasio said.

Public health officials are urging everyone to make sure they and their children are vaccinated, requiring schools to cooperate in the matter.

According to the Centers for Disease Control and Prevention’s most recent report released earlier this week, there are currently 19 states affected by the measles and seven outbreaks across the country. The number of reported cases, which is currently at 465, increased by nearly a 100 new incidents in just the last week, according to the CDC's report.

It is important for parents to be conscious of anti-vaccine campaigns that have doubled down on their efforts to misinform the public and to follow the vaccine recommendations outlined by multiple health organizations, including the CDC, instead.