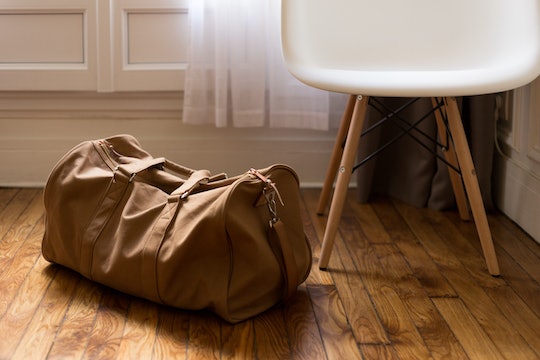 How Many Young Adults Are Living At Home? New Study Confirms Ongoing Trend

If you've been berating your little brother to move out of mom and dad's, you might need to remind yourself that living with mom and dad is the new normal. Since the recession, various studies have confirmed that multigenerational households are more common — and now there are new numbers that clarify the trend. So, precisely how many young adults are living at home? A new Pew Research Center analysis of federal data showed that among the 25 to 29-year-old cohort, 31 percent live in a multigenerational household.

For context, this percentage is so large that living with mom and dad is now the single most common living arrangement for young adults. In May, Pew released numbers about a larger swathe of the young adult population — 18 to 34-year-olds — and found that for the first time in modern history, this age group was more likely to live with their parents than with a spouse or partner. It was only a narrow lead, though: 32.1 percent of the age group were living with their parents in 2014, and 31.6 percent were living at home. People who were living alone or single parents accounted for 14 percent of the group.

The new numbers about young adults are part of a larger analysis about multigenerational households. Pew found that in 2014, 60.6 million people were living in a multiple generation household, which is a record and part of an ongoing trend that began around the time of the recession. Young adults living with their parents partially accounts for this upward swing, but another major factor is that Asian and Hispanic groups are more likely than whites to live in these households, and these groups are growing at a faster rate than the white population. Among Asians living in the United States, for example, 28 percent lived in multigenerational households. For whites, the number is 15 percent — up from 13 percent in 2009.

While individuals in certain racial groups and with specific educational levels are more likely to live in multiple generation households, the percentage grew across all groups that were studied. The Pew report noted that the uptick in intergenerational living "is growing among nearly all U.S. racial groups as well as Hispanics, among all age groups and among both men and women."

These numbers, which are a snapshot of the year 2014, are the most recent data available. They seem to address a lingering question about whether young adults would continue to move in with mom and dad now that the recession has abated. “The striking thing is that this really has persisted after the recession,” D’Vera Cohn, an editor at Pew Research Center, told The New York Times. “Perhaps this trend is here to stay.”

It looks like the trend is here to stay — and for anyone that's enjoyed a multigenerational movie night, that's not a bad thing. Hello, Barbara Streisand!