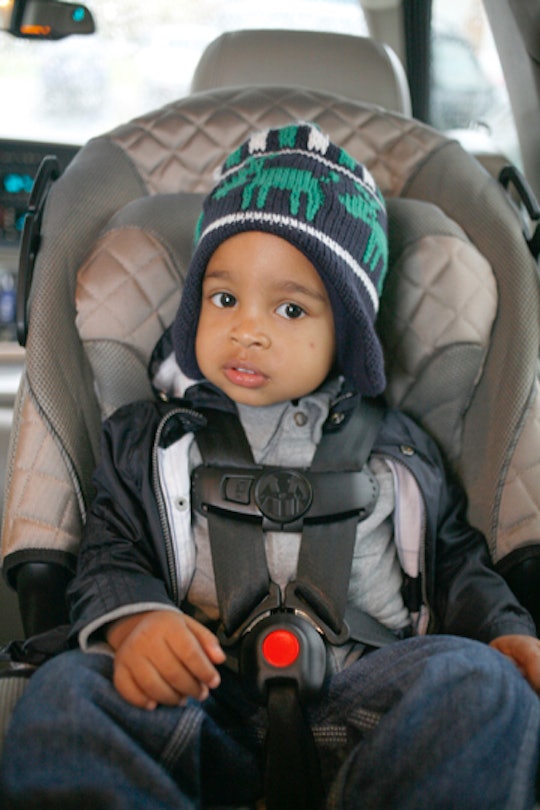 How To Deal With Your Kid's Car Meltdown... Before You Lose It, Too

Driving hazards are everywhere, and with time, we learn to manage them: icy roads, construction work, the texting idiot in front of you. But the one hazard familiar to every mom is one they don't teach you in driving school: driving while trying to cope with a child having a car meltdown.

Every parent has endured this struggle more often than we care to admit, and it's as dangerous as it is nerve-wracking. According to the National Highway Traffic Safety Administration, anything that takes your attention away from the road is considered distracted driving, which can be fatal. In 2016 alone, nearly 3,500 people were killed as a result of drivers who weren't paying attention.

When you're faced with a child shrieking, crying, and thrashing in the car seat, you'll need to figure out what you're dealing with. Is a tantrum or meltdown? There's a big difference between the two, according to Understood, an organization that aims to support parents of children with learning and attention issues. A tantrum is a frustrated reaction — such as being denied a bag of goldfish crackers — and the child can stop it at will. The Child Mind Institute explained that a meltdown is often triggered by an overload of sensory stimulation, such as a day at the arcade or a night of trick-or-treating in a neighborhood full of creepy decorations.

If you know that you're dealing with a true car meltdown, follow these tips to restore calm again.