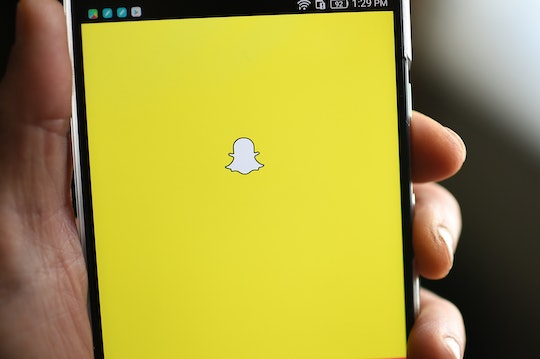 How To Use Snapchat's Context Cards

In order to stay relevant, the different social media platforms have to keep things interesting. That means the companies behind them have to come up with new ideas that will improve the user experience without making those same users mad about the changes. Snapchat, for example, came out with a feature on Tuesday that sounds like it's legitimately useful, and something that its users will appreciate quite a bit. But how do you use context cards, Snapchat's newest feature? The cards give you more insight into the snaps you see, and the feature might actually seem a little familiar if you've ever used Google Maps.

Snapchat's new context cards add "contextual information" to photos that are geotagged, and images shared in public stories, according to The Verge. Any Snaps added to the regional Our Story feature, or any of those sent with a venue-specific geofilter will include these new cards automatically, the publication reported.

But where does this "contextual information" even come from? The info is provided by Snap’s partners for Context Cards, which include TripAdvisor, Foursquare, Michelin, Goop, OpenTable, Uber, Lyft, among others, according to Tech Crunch. That's quite the wealth of sources to pull from, so you can bet that the cards will have a ton of information available to Snapchat users.

The context cards offer basic details about a place, including the address, phone number, website, and hours. Hence, why it sounds a little similar to the way Google Maps works. And if you scroll down while looking at those details, you can see crowdsourced reviews from the aforementioned partners. Again, this sounds like a new feature that could actually be really useful, and the addition of context cards is a really smart move on Snapchat's part.

The partners aren't just offering information, either. For example, you can make hotel reservations based on the location filter you pick, or link with OpenTable to book a restaurant reservation, according to Engadget. And you can do it all while still operating the Snapchat app, giving you an enhanced experience as a user.

To use this feature on Snaps with a Geofilter or in the Our Story feeds, all you have to do is swipe up on any snap that displays the word “more” to use the context cards. Then, you'll see an interactive card pop up with the information about the place involved in the Snap. It's really that simple.

The question isn't really "how do I use Snapchat's context cards" in the literal sense. The real question is how can or should you use the new feature — because the possibilities seem almost endless.

For example, let's say that you find a Snap that has tagged a place to eat, and by using the context cards, you determine that you want to have dinner there. After making a reservation, you realize your ride isn't available. No problem — you can order rides using Lyft and Uber through the app too, according to The Verge. Then, if you do visit the restaurant, you could leave a review for on a partner site and help other Snapchat users decide if they want to go there, too.

It's really amazing how much Snapchat users can do with the new context cards. And the new feature could be a huge deal for businesses too. Snapchat's context cards are almost a marketing tool for restaurants or venues; with the new component, the owners wouldn't have to do anything, yet the context card feature has the potential to bring new customers right to their locations. Just to put that into perspective: imagine how that could impact local businesses who rely on word-of-mouth over pricey advertising campaigns.

Context cards allow users to go one step further than just capturing what they see — the cards allow them to discover new places and share those discoveries with a little more info than a photo alone can provide.

Snapchat's context cards really open up a world of possibilities for users. And how you decide to use the new feature is completely up to you.