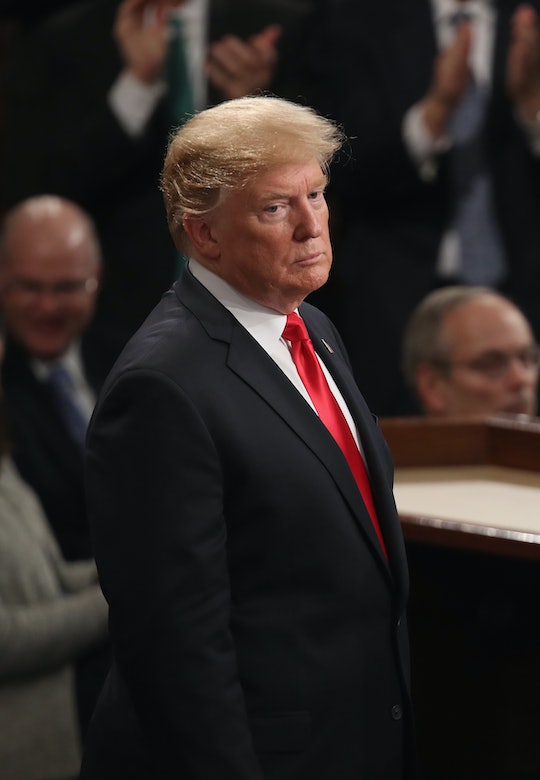 During the 2019 State of the Union, President Donald Trump touched on a number of hot button issues, including unemployment and taxes. During his annual address, Trump praised his "massive tax cut" for working class families and those with children. But, it's important to explore how exactly Trump's child tax credit affects low-income families and those who would greatly benefit from the cut.

During his SOTU address, Trump applauded himself and lawmakers for this tax credit. According to Vox, Trump said, "We passed a massive tax cut for working families and doubled the child tax credit... My administration has cut more regulations in a short period of time than any other administration in its entire tenure."

Although Trump made it seem like this would benefit working families, a tweet from D.C. think-tank organization Center on Budget and Policy Priorities (CBPP) pointed out that Trump failed to mention that this credit really only benefits the upper class, or 1 percent, while "low-income working families get only a token Child Tax Credit increase of $75 or less."

When this cut went into effect in 2017, according to the Center for American Progress, it increased the maximum value of the Child Tax Credit (CTC) from $1,000 to $2,000 per child, but this is only beneficial for families with higher incomes.

Essentially, while families who earn higher incomes get a larger tax cut, low-income families are unable to receive a substantial credit because their incomes are too low to owe much, or any, income tax, therefore making them eligible to part of the tax credit. And under the CTC, larger families get less of a tax break, according to CNN, and "wipes out" the deduction for personal exemptions. While it might save some people money, it might be wiped away in other areas, according to Good Financial Cents, because some personal exemptions have been replaced with a "higher standard deduction."

While Trump made this sound amazing in his speech, the fact of the matter is, it's not really doing much to help those who need it. There are over 11 million children under the age of 17 that receive $75 or less as a part of this tax cut, according to the CBPP.

And people on Twitter are feeling the harm from this.

Tax credits help reduce the amount of money owed to the IRS, and for low-income families, these can be a huge help come tax season. As Smart Asset explained, "if your tax bill is $3,000 but you’re eligible for $1,000 in tax credits, your bill is now $2,000." ABC News reported that eight in 10 Americans will likely pay lower taxes this year because of cuts, but research indicates that "wealthier Americans and corporations will receive the largest benefit over the long term."

Taxes are complicated and when you're struggling to make ends meet, it's frustrating to learn that while child tax credits are designed to help parents, they're not helping those in need as much as the president claims they are.