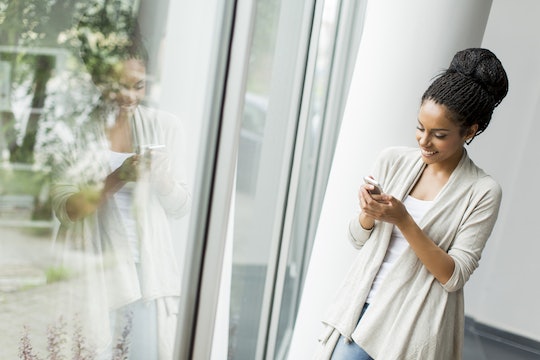 Including Your Partner In Social Media Posts May Help Your Relationship

Scientists are getting more interested in scrutinizing how technology is changing the way people interact, especially now that many would rather text than pick up the phone. Luckily, a new study found that including your partner in social media posts about your life may help your relationship.

As EurekAlert! noted, word out of Carnegie Mellon University is that online social tools such as Facebook may not be entirely terrible for your romantic life... if your partner is included in all the posting and "liking."

The conclusion is actually the culmination of five studies put on by researchers at both Carnegie Mellon and the University of Kansas, EurekAlert! noted, with the first summation hardly being surprising: That sharing information online can indeed get in the way of romance.

However, the exception was if you often post about your life and include your special person in your posts.

The site added that this is the first time the question of how someone's online posting is perceived, either negatively or positively, by their intimate partner has been studied.

"We wanted to explore whether that would remain the case in an online context, where users can share detailed information with large audiences — a phenomenon that typically wouldn't be possible in person," Lee added.

Study authors compared how posting personal details online affected relationships in both the online and offline worlds, and what generally happened when one person posted more about their own endeavors than their life with their partner, Carnegie Mellon University noted.

The not-entirely-surprising results? When an individual shared personal information with large groups on social media, it negatively impacted their partner's thoughts about the relationship.

"On the other hand, when you include a significant other in your post, perhaps as confirming a relationship status online or posting a photo together, we found that it counters the negative effects of online disclosure, increasing the feelings of intimacy and satisfaction," Omri Gillath, a professor of psychology at KU who co-authored the study, said, per Carnegie Mellon.

"This validates the relationship, and a partner likely would see their significant other's post as caring and inclusive," Gillath added, according to the website.

Lee also noted that for many, day-to-day phone conversations have been replaced with keeping up with your community on social media, so there's sure a lot to study about how changes in technology affect the way we interact with our friends and family, Phys.org noted.

Friendships, for example, were not overly affected by how or what a person posted, according to EurekAlert!.

I feel like I'm always reading stories about how relationship experts have reservations about too much cute-couple posting.

For example, dating pros told Martha Stewart Weddings in 2018 that it's important for a couple to not fall too much in love with their online image — say writing a ton on each other's Facebook walls instead of having real conversations or experiences in person.

A lot of this may sound basic, but I know what other people are saying or doing on Facebook does creep in. For example, if I see people posting something (like a trip to Paris) that I want in my own life, it's easy to react.

There are sure to be more studies on the way, but in the meantime, we already know that meaningful connection counts.

A separate study from Carnegie Mellon in 2016 found that people's direct online comments to a Facebook friend who needed support boosted that person's esteem, as opposed to other followers just "liking" their post.

At the end of the day, it's the actual relationships and experience we have in life that counts, not so much virtual ones.