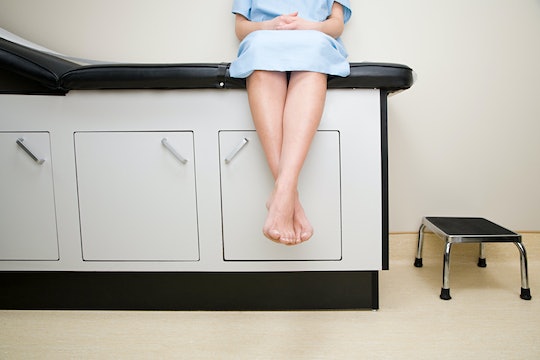 Why The FDA Is Warning Against Vaginal Rejuvenation Devices

Among all body parts, the vagina has received more than its fair share of misconceptions, perhaps chief amongst them the idea that they need special assistance in staying clean and young looking. But, for a procedure meant to reconstruct the vagina, it's then important to ask: is vaginal rejuvenation even safe? The Food and Drug Administration is warning against using devices for the procedure and it's important to know why.

The FDA recently sent warning letters to seven companies selling "energy based" vaginal rejuvenation therapies. According to Boing Boing, those therapies are essentially laser and radio-frequency-based tools generally used to remove warts and precancerous growths now repurposed to "rejuvenate" people's vaginas. These devices claim to have benefits for sexual dysfunction, itching, urinary problems, dryness, amongst others, according to Health. These are bold claims and, apparently, too bold for the FDA to tolerate.

The Center for Devices and Radiological Health (CDRH) within the FDA has issued these warning letters. According to its website, these letters are sent "to give individuals and firms an opportunity to take voluntary and prompt corrective action before it initiates an enforcement action".

The warning letters, and repurposing of these devices, help to highlight how dangerous these misconceptions about vaginal health can be.

Along with issuing warning letters, the FDA Commissioner Scott Gottlieb took to Twitter to inform people about these devices and their impacts. In his tweet, Gottlieb wrote:

These products have serious risks and don't have adequate evidence to support their use for these purposes. We're deeply concerned that women are being harmed by these products.

The treatment these devices are now being marketed for is often referred to as "designer vaginoplasty," "revirgination," or "G-spot amplification," according to CNBC, which is not generally covered by insurance. Some doctors use it as an option to relieve the symptoms that can cause painful intercourse after childbirth or menopause, the outlet reported.

However, the FDA is concerned that the risks far outweigh any benefits. In a press statement, Gottlieb said, "The deceptive marketing of unproven treatments may not only cause injuries but may also keep some patients from accessing appropriate, recognized therapies to treat severe medical conditions." The statement continued:

These products may be particularly appealing to women who may not be candidates for certain FDA-approved treatments to relieve vaginal dryness, and thus are seeking alternative, non-hormonal options. Women considering treatment for vaginal symptoms should speak to their doctor about the potential and known benefits and risks of all available treatment options. FDA is committed to helping advance the development of safe, effective treatment options for these conditions.

In a separate Twitter thread, Gottlieb noted the predatory nature of how these devices are marketed. According to Gottlieb, in some cases the devices are marketed to women "who've completed treatment for breast cancer and experience symptoms caused by early menopause."

One woman, according to CNN, described her experience with one of the devices in an adverse event report. "Two days after the procedure, I developed severe and debilitating bladder / urethral pain." It is incredibly important for people to be aware of not just these devices and general concerns surrounding this procedure as a whole. News Medical noted that some of the risks include nerve damage, severe scarring, vaginal fistula, and others.

As Gottlieb noted, the current marketing efforts that target women who've been treated for cancer is "egregious," according to Fox News. For now, the FDA is focused on ensuring they receive proper responses. According to both their press statement and Gottlieb's Twitter statements, the FDA has also established the Women's Health Technologies Strategically Coordinated Registry Network (CRN) "to provide more complete evidence in clinical areas that are unique to women, such as uterine fibroids and pelvic floor disorders."

Hopefully, with this warning out there, companies will take note and women will be more informed about the risks of this type of procedure.