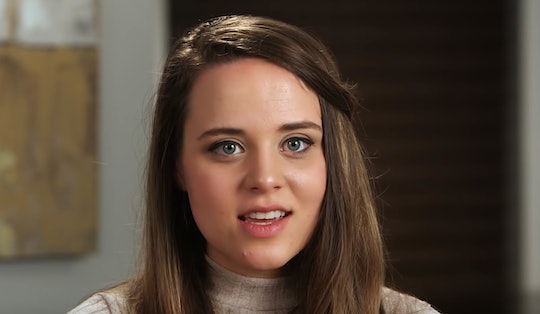 Fans of TLC's Counting On may think they know the Duggars pretty well by now, but do they really know the Duggar siblings' taste in music? Well, listening to Jinger Duggar's Valentine's Day playlist, for example, will certainly help fans get to know her a bit better.

Jinger celebrated her third wedding anniversary with husband, Jeremy Vuolo, in November, so it shouldn't come as much of a surprise that her Valentine's Day playlist, which is available to stream and save to your music on Spotify, is filled with some very romantic songs.

The playlist features a fun mix of singers and genres, and it's pretty unexpected from her, especially since she grew up in a very religious household. For instance, Jinger listens to songs from rock legends, like Pearl Jam, and music from Italian opera singer, Andrea Bocelli. There is also music from Jack Johnson, Coldplay, and Bruno Mars, thrown in with songs from religious artists like, CityAlight and Jordan Kauflin.

Her Instagram followers are loving her playlist. "Officially the Duggar with the best taste in music," one commenter wrote. "Jinger listening to Pearl Jam! We love to see it!," another commenter added.

There is a reason why some Reddit users seem surprised by her eclectic music taste. After all, her parents are not the biggest fans of rock music. In an early 2000s interview with BeliefNet, Jinger's parents, Jim Bob and Michelle Duggar, explained their decision to listen to religious music in their household. "I used to listen to hard rock music, Michelle did, too," Jim Bob said. "Then I went to a Christian seminar, actually church camp, and they talked about getting rid of secular rock music. And so, I did that. Then, I went to another conference and they were talking about how music affects people, and especially music that has a beat. It makes you want to dance. But it's not good on your heart and mind."

In 2016, Us Weekly reported that Jinger and Jeremy didn't even have a first dance at their November wedding, but things can change. Last year, the couple attended a Sunday Service held by rapper, Kanye West. And now, well Jinger is making her Spotify playlists public, and it turns out her music taste is pretty fun and relatable.