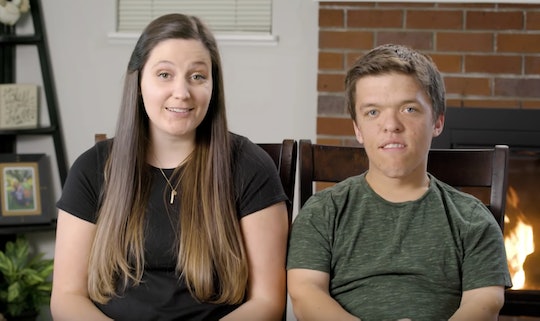 Mark your calendars: the Roloff family will be back on TV soon enough. The new season of TLC's Little People, Big World will kick off on Tuesday, March 31 at 9 p.m. and will dive into all of the family's exciting and memorable life moments that have happened since cameras stopped rolling.

Little People, Big World, which is now heading into its 20th season, documents the lives of parents Matt and Amy Roloff from their Oregon farm. Although Matt and Amy got divorced in 2016, this season will follow along as they grow in their relationships with their significant others and decide how they will manage their farm together. "Everything has changed on the farm," Amy says in a preview for the new season. "Family that I thought would be forever is different now. The future is unknown."

But as Matt and Amy's lives change and evolve, so are their kids. For example, this new season of LPBW will document Zach and Tori Roloff's journey to welcoming their second child, a daughter named Lilah Ray.

When longtime fans of the show tune in to this new season, they won't see Jeremy and Audrey Roloff. Matt and Amy's son and his wife decided to leave the show ahead of season 19 to focus on their family. So that means LPBW fans will not get to follow along with Audrey's pregnancy with the couple's second child, Bode James Roloff, whom they welcomed in January 2020.

LPBW fans will, however, be delighted to know that the family's online series, Little People, Big World: Inside The Episode will return to the TLC GO app immediately after each new episode airs. In the series, Zach and Tori recap the night's episode and share some personal behind the scenes insight.