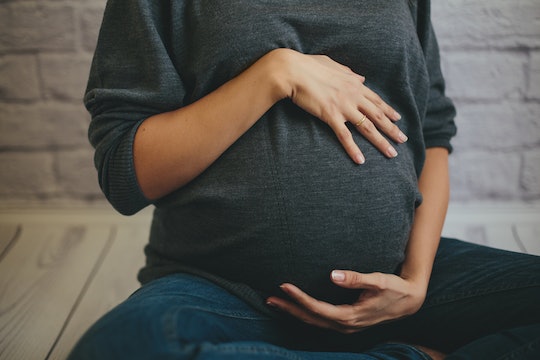 Over the past few years, the birth rate in the United States has fallen and many people are wondering what's the cause. Although it's hard to pinpoint one specific reason, new research suggests that one may not be as malicious as people thought. According to researchers, lower rates of unintended pregnancies may be behind the low U.S. birth rate. Even if it's not the only reason, this is definitely still an interesting one to consider.

The U.S. birth rate reached a 30-year-low, according to a 2019 report by the Centers for Disease Control and Prevention, marking the seventh year in a row that the fertility rate has declined. According to Pacific Standard, the 2017 national fertility rate was 1,765.5 births per 1,000 women of childbearing age, which falls below the rate necessary to keep the population stable. That rate is 2,100 births per 1,000 women of childbearing age.

People have searched for different answers as to why the fertility rate is falling. Caroline Hartnett, a sociologist at the University of South Caroline, reportedly told Pacific Standard that one possible cause was the recession, since that's when birth rates originally began to fall. NBC News noted that women are generally starting families later in life now, so that's another potential cause.

But, new research in a paper released by the National Bureau of Economic Research now offers another possible cause: there's simply fewer unintended pregnancies.

Researchers looked at data from the National Center for Health Statistics' Natality Detail File to see if there were any trends or patterns of note across demographic groups, as outlined by their paper. They then used responses in the National Survey of Family Growth to see which women may have been more likely to experience unintended births. In their paper, researchers defined "unintended births" as a pregnancy that was either unwanted or occurred sooner than the mother wanted.

What researchers found highlighted the necessity to understand nuances when looking at data like birth rates. In their paper, they wrote, "Importantly, the groups that have seen the largest declines in fertility in recent years — young women and unmarried women — are the groups that have historically been most likely to have unintended births."

"The decline in birth rates since 2007 was driven by women under age 30; for women over 30, birth rates actually increased over this period," the researchers wrote.

Obviously, it's a good thing that there seem to be fewer unintended births occurring. People shouldn't feel obligated to have kids, or that they had no other choices. Lower unintended birth rates point at possible policies over the years that have helped people exercise reproductive control, such as the Affordable Care Act that made birth control widely accessible.

But, the birth rate is still falling, so what can actually be done to improve it? Well, it still comes back to policy.

"Most people agree that a decline in unintended births is a good thing, so policymakers may want to focus on strategies that increase intended births," Buckles said, according to Notre Dame News. "These would be things that either make people more likely to want children, or make it easier for those who already know they want a family to have one — things like subsidized child care or increasing tax credits for children."

Along with subsidized child care or increasing tax credits, policymakers could also look into improving parental leave. For example, even if women qualify for maternity leave, there's no federal paid maternity leave, as Healthline noted.

There are obviously a lot of factors contributing to a low birth rate. But, this research adds an interesting component to the conversation.

More Like This
Chris Evans Has Choice Words For Critics Of The Same-Sex Kiss In 'Lightyear'
Activist Imara Jones On Raising Kids Who Celebrate Black Trans Identity
I Started a Magazine for Gay Parents in 1998. Here's What's Changed Since Then.
Here’s How To Fight For Abortion Rights