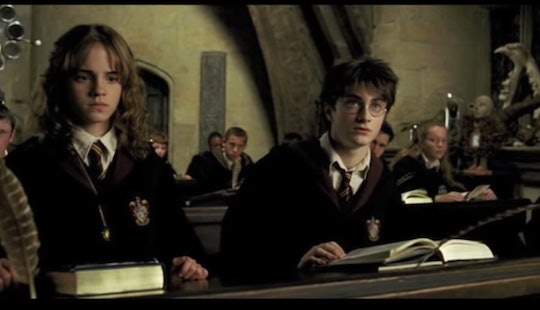 Well, it's that time of year again. Spring has sprung, and there's only a couple of months left until summer vacation — meaning parents will soon have to figure out what to do with their kids all day. Screen time, lazying about, hitting the pool and local parks, and sleeping in pretty are much a given. However, if you're looking for a more structured activity to keep their minds sharp over the long break, then summer camps are the way to go. And honestly, Microsoft's Harry Potter summer camps are a magical way to teach your kid about coding.

Yep, you read that correctly. Microsoft has announced new summer camps for kids — including a Harry Potter-themed coding workshop. The best part? It's absolutely free! "Students can cast fan-favorite spells like Wingardium Leviosa with their own wand and learn the fundamentals of coding through the lens of their favorite wizarding world," a news release read. The camps will be held from May through August, and registration for the summer camps opens on April 10. (Dates and times for the camps will vary, depending on local store and school schedules.) To register, simply visit your local Microsoft Store or sign up with your local store online.

According to a news release from Microsoft, these Harry-Potter-themed camps promise to "empower students with the skills they need to pursue their current and future passions, from gaming to coding and video game development." And it looks like there are two different options from which to choose.

A class for kids ages 6 and up would be the perfect camp for first-time or beginner coders. They'll have hands-on experience with the Harry Potter Kano coding kit, which is available at Microsoft Store. The camp description reads, "In this immersive Harry Potter experience, students use their very own wand to build a coding skills foundation by casting spells to make sparks fly and even feeding Fluffy." (You remember Fluffy, right?)

Oh, and there's another class for kids ages 8 and up — and it looks like it takes things a bit further in the coding department. Students will again be working with the Harry Potter Kano coding kit. However, this creative coding camp promises to teach kids fan-favorite spells like Wingardium Leviosa, as well as allow them to compete in a Quidditch match.

Um, where can I sign up for these camps for myself? (Just kidding ... Sort of.) But seriously, my son would be all over this. And then maybe I could finally convince him to start reading the Harry Potter series over the summer, too. So we can finally bond over the genius that is J.K. Rowling's seven-book saga.

The only "down side" to these free camps that I can see? Inevitably having my 7-year-old ask for us to buy the Kano Harry Potter coding kit. (Which is 100 bucks, in case you were wondering.) But hey. It's a small-ish price to pay for sparking an interest in coding and in the wizarding world of Harry Potter all in one fell swoop, am I right?

More Like This
WowWee’s New Fairy Finders Will Keep Kids Distracted For Hours
The Covid Vaccine For Kids Under 5 Has Been Sent To The FDA For Review
Princess Charlotte Is Ready To Be A Soccer Star, Too
North West Flips The Bird During Family Photos