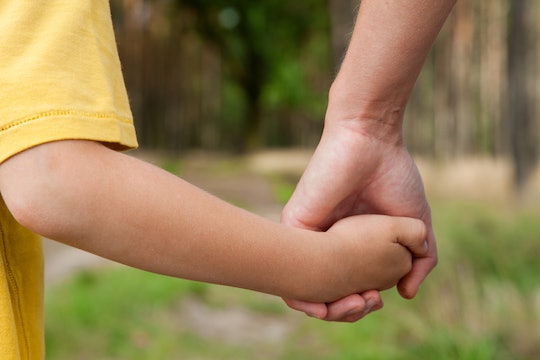 Delinquent child support cases can be tricky business. Custodial parents and children often depend on that money, but there can be little to nothing they can do when the payments aren't made. In response to this struggle, a new bill would name parents behind on child support in California, going so far as to post "top child support deadbeats" on social media, according to a local CBS News affiliate.

California Assembly Bill 1498, which was introduced on Friday, would require the Department of Child Support Services to create and maintain a website that displays parents who owe more than $5,000 in child support. The entries would include, but are not limited to, the delinquent party's name, photo, amount of child support owed, most recent zip code of residence, and number of children, according to CBS 13 Sacramento. The information gathered and posted cannot be considered in proceedings related to credit, employment, housing, and other similar issues, as stated in the bill.

Additionally, Fox News affiliate KTVU reported that parents are only eligible to be on the website if they have been delinquent for a minimum of 12 months and have not made payments in six months. They also cannot be going through bankruptcy proceedings, receiving state assistance, or be in jail or prison.

But the public shaming, or "peer pressure" as it has been described, doesn't stop at the website. The bill also allows the Department of Child Support Services to post profiles of its “top child support deadbeats” across its social media platforms.

If this seems harsh to you, consider what assemblyman Tom Lackey, who wrote the bill, told ABC 7 that his isn't the only state looking to run "deadbeat parent" websites; and he believes that the method is effective. "What we're trying to do is use a very effective tool called peer pressure that actually allows people to shape their behavior in a positive way because where we need to focus is not so much on the offender, but we have to be reminded that there's a very, very serious victim here and that's the children," he said, according to ABC 7.

He went on to explain that similar websites in other states have brought public attention to parents who owe hundreds of thousands of dollars in delinquent child support payments. “I think that peer pressure works,” Lackey said.

Ultimately, the power is left in the hands of the custodial parent, as ABC News affiliate Turn to 23 reported. Before "deadbeat" parents' information is posted, the Department of Child Support Services will contact the custodial parent and ask if he or she would like the obligator's information and photo to be made public. Lackey explained to CBS News that this step is a response to the potential privacy concerns. “Unless they agree that this is a reasonable remedy we don’t do it,” he said.

Officials would update the website quarterly and parents would remain on the site until they have made consistent court-ordered support payments for a minimum of 90 days. Should the bill pass, the website will be live by Jan. 1, 2021.

There are still some questions about the logistics of the bill that have not been answered. For example, it is not clear if the listings will work retroactively, or how the system will treat parents who still owe back child support but now have children over the age of 18. But according to CBS News, these and any other remaining questions will be answered as the bill proceeds through the legislative process.

Reactions on Twitter to the bill's announcement have been mixed. While some say that they "can't wait" to see the names of delinquent parents go up on social media, and that offenders "SHOULD be embarrassed," others feel that the bill is an attack on people who have been unfairly charged by the child support system.

Only time will tell if AB1498 will gain the support that it needs to pass.