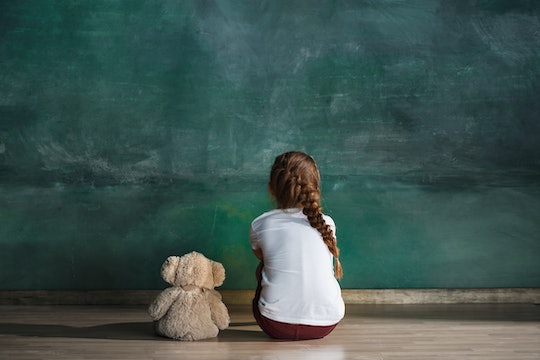 Childhood cases of autism have increased significantly in the past decade. However, it remains a disorder without a found cure. But many parents are resorting to misinformation on social media in an attempt to “cure” their children of the disorder. While bleach is not a cure for autism, many social media outlets are crowded with parents who believe that chlorine dioxide could reverse their children’s autism diagnosis.

The push for bleach as a solution for disease and illnesses has been peddled on social media for years. From how-to videos on YouTube to private Facebook pages, chlorine dioxide is hailed as a “cure-all” by fringe groups for everything from autism to HIV and cancer.

Recently, the chemical compound has been linked with dozens of injuries and even fatalities, according to Healthline. In 2017, the UK Food Standards Agency said the substance “can cause serious damage to health and in some cases even death.” In 2018, a Canadian man and woman faced dozens of charges for the sale of the chemical. In 2015, a U.S. man was sentenced to four years in federal prison for selling the solution as a cure for cancer, AIDS, and malaria. In 2010, the FDA released a health fraud warning for consumers, saying ingesting the solution could cause “serious harm.”

Now commonly referred to as “CD,” or Miracle/Master Mineral Solution (MMS), it is believed to be first introduced in 1996 by Jim Humble, a former scientologist and founder of the Genesis II Church in Los Angeles. On his website, Humble claims he discovered MMS that year while searching for gold in South America.

I want to clarify a very important point. Many people naturally say "MMS cures" this or that. I've made this same statement myself from time to time in certain situations, when put on the spot, or when the words were put in my mouth, or as a matter of going with the flow of terminology that others use. In our speech and in our global society, we often blur the lines with words and their meanings. But for the record, I want to clarify here, MMS does not cure disease. MMS kills pathogens and destroys (oxidizes) poisons. When pathogens and poisons in the body are reduced or eliminated, then the body can function properly, and thereby heal. I often say "the body heals the body." MMS helps to line things up so the body can do just that.

However, many experts warn against using the solution. "Chlorine dioxide contains potentially toxic chemicals which if ingested may cause serious harm to the gastrointestinal tract, adverse impact on nutritional intake and long-term negative side-effects," American Academy of Pediatricians spokesperson Dr. Susan E. Levy tells Romper. "The basis for treatment is not based on plausible physiologic mechanism(s) for efficacy, and more importantly no objective data has been provided of positive or negative effects."

While Autism Spectrum Disorder (ASD), or autism, has no known cure, extensive research has led to effective treatments for its main symptoms. "Effective treatments for core symptoms of ASD have been studied and are evidence based, including educational programs, behavioral intervention, speech/language therapy, occupational therapy and social skills training," Dr. Levy says. "These approaches are designed to teach children new skills and minimize behaviors that may interfere with progress."

Not only do MMS "treatments" lead to bodily harm, but Dr. Allison Ratto from Children's National Center for Autism Spectrum Disorders warns that trying to find a "cure" for autism can take away from time and energy that should be spent on finding ways to better support and educate a child with the disorder. "As a community, we are increasingly trying to emphasize the importance of acceptance for autistic people – understanding that these individuals have significant challenges and needs, but also have talents, passions, and strengths that make them unique," Dr. Ratto tells Romper via email. "Every autistic person is valuable and wonderful, just as they are. Our responsibility as a society is to find treatments and supports that help them maximize their potential and be included in society."

Parents looking to help their child should visit the Association for Science in Austim Treatment website, where they can find updated and evidence-based information on the range of treatments offered. It is important that parents speak to a doctor before beginning any new treatment.

More Like This
The Covid Vaccine For Kids Under 5 Has Been Sent To The FDA For Review
Should Parents Consider Delaying Covid Vaccines Until Closer To School Starting?
How My Neurodivergent Son Taught Me To Move Through Life In A Wholly Different Way
WowWee’s New Fairy Finders Will Keep Kids Distracted For Hours