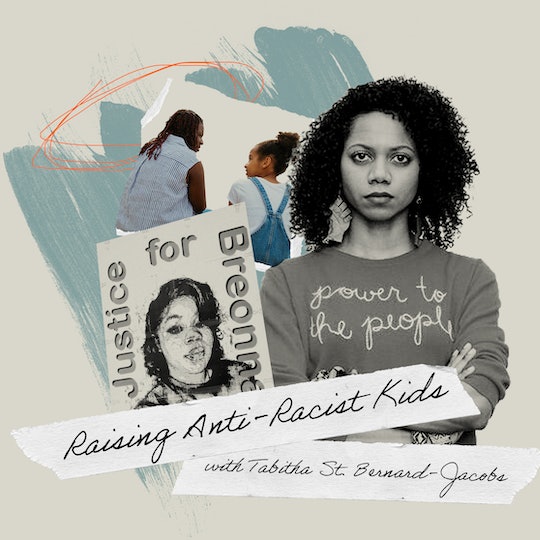 Please Talk To Your White Children About Breonna Taylor

There is no justice in an unjust system. Black parents across the country are struggling to find the words to talk to our kids today after hearing the news: more than five months after her death, the officers who shot Breonna Taylor will not be held accountable for her death by a grand jury. Two officers involved in the shooting were found to be “justified in their use of force,” Kentucky Attorney General Daniel Cameron said at a news conference. The third officer, Brett Hankison, who was fired after the shooting (Louisville’s interim police chief Robert Schroeder said Hankison “displayed an extreme indifference to the value of human life”), will also not be charged in Breonna’s death. Instead, he faces wanton endangerment charges as a result of firing into her neighbor’s apartment. He will pay a $15,000 bond and be free — free to live with his loved ones, free to breathe, free to have a future — everything of which Breonna has been robbed. If Black parents have no choice but to talk to our children about this, it is the responsibility of white parents to ensure their kids are educated about the injustices of the system and do not grow up to be the next perpetrator of police brutality or the next complicit attorney, police chief, judge, or juror.

Breonna was an essential worker, a daughter, a friend. Five months ago she was asleep in her bed, and today, she is a name we will never forget, another Black woman fallen victim to the dangers of police. White parents have a responsibility to tell their children this. Some may find it hard, given her brutal, nightmarish death. Some may shy away from such a tough topic. Some may not have the language to address this with their kids. You don’t have all the answers and that’s OK. Not sure where to start? Start here:

Tell the story of Breonna’s life. Talk to your kids about dreaming for the future. Breonna wanted to have a baby. She had just bought a new car. She had plans for her life. Talk to your kids about her family, robbed of so much. Breonna did not receive medical attention for more than 20 minutes after she was shot, even though she dedicated her time as an EMT to saving others. Talk to them about basic humanity. Talk to them about helping others when others are hurt. Please note that society often looks for “perfect victims": Breonna's achievements have been held up to the light over and over again, but they don't make her any less deserving of death than someone running away from the police, or a person suspected of a crime.

'It’s hard to breathe without her,' Tamika said. You, a parent, understand this.

Talk about Breonna’s mother, Tamika Palmer — her bravery and her commitment to never stop fighting for justice for her daughter. “It’s hard to breathe without her,” Tamika said. You, a parent, understand this. Relate this to your love for your child and your commitment to give them a just life. Tell them about the enduring, never-ending nature of love and of grief.

Don’t shy away from the facts of the story. If your kids watch action shows and movies, they understand that guns can kill. They understand the impact of shooting someone. They understand that people shoot at other people when they are trying to harm or kill. Don’t hide the truth from them. Studies show that kids are ready to talk about race and racism long before their parents address it with them. We all need to understand that police violence is a very real part of racism in society.

Talk about defunding the police. Breonna was killed by police. It is essential to be honest with kids about how dangerous police are to Black and brown people, and if you are avoiding that conversation, you’re using your privilege to shield them from a reality that many people face. Black parents are forced to tell our kids that police will not protect us. If we’re forced to have these conversations with our kids, white parents need to step up and do the same. If you’re disturbed or shying away from calls to defund the police, understand that impacted communities have been calling for this for a long time, so true allyship means learning more and joining that call. If you need to educate yourself about what it means to defund the police, the Movement For Black Lives has ample resources.

What does it mean that there is a price tag on a Black life? That there is an amount they will pay to appease us before they pursue justice with us?

Talk about how this country views Black lives. Breonna’s family received a $12 million settlement from the city of Louisville but that same city couldn’t hold the officers who actually took her life accountable for their actions. What does it mean that the system would rather pay millions of dollars than hold itself accountable? What does it mean that there is a price tag on a Black life? That there is an amount they will pay to appease us before they pursue justice with us? Talk to your kids about the way Black lives are valued. Talk to them about the way this shows up in how school administrations may treat Black kids, who are disproportionately punished in relation to white kids. Nationally, Black students are suspended three times as often as their white peers. Talk to your kids about what it means to use their voices to stop this when they see it.

Tonight, Breonna’s mother is probably experiencing another wave of grief, as she struggles with the hard truth that there is no justice for Black and brown people in a police state. Her daughter is gone and the people responsible will not be held accountable. They will go on living, while her incredible daughter’s life is over. There is no justice in an unjust system. We must work to dismantle the system, and that starts at home, with you.

We’re doing three this week because all are necessary.

Learn about the Invest Divest Strategy led by impacted people in Louisville.

Speak to your child about Breonna Taylor today. Speak to them about the injustice of the lack of an indictment for her death today. EmbraceRace has a few tips for talking to your kids about race. Use this framework to find a way to broach this subject with your kids. Think through ways that together you can unite against racism in your lives, particularly with friends and with family. After you talk, commit to action and get yourself educated on this issue. Attend The ABCs of Racism, hosted by the Brooklyn Public Library. #SayHerName

Raising Anti-Racist Kids is a bi-weekly column written by Tabitha St. Bernard-Jacobs focused on education and actionable steps for parents who are committed to raising anti-racist children and cultivating homes rooted in liberation for Black people. To reach Tabitha, email hello@romper.com or follow her on Instagram.

How Can Learning Pods Be Equitable? They Can’t.