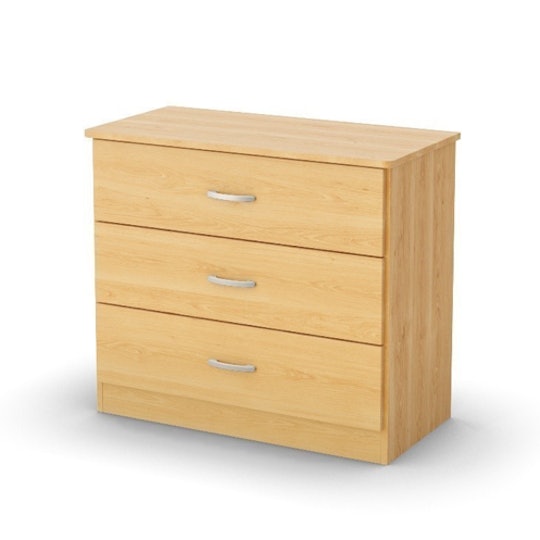 This Popular Dresser Has Been Recalled Due To A Fatal Incident

You put up the baby gates, baby-proofed the electrical sockets and sharp table corners, and you think you’ve completely shielded your child from the dangers of your home. But have you checked the furniture in your bedroom? Keep your eye out for a popular dresser recalled by three major retailers that is causing concern after a fatal incident involving a toddler.

The dresser, a three-drawer chest sold online by major retailers including Amazon, Target, and Walmart, is now being voluntarily recalled after an alert issued by the U.S. Consumer Product and Safety Commission (CPSC). According to the recall, the dresser can cause serious injuries, particularly in children, if not anchored to a wall and left unstable. The recalled chests, according to the notice, pose a serious tip-over and entrapment hazard.

The recall comes after the manufacturer, South Shore Industries of Canada, received two reports of consumers and children being harmed by the unstable furniture. One involved a child who received bruises and scratches on his leg after a tip-over incident, while another included a fatality involving a 2-year-old and an empty, unanchored three-drawer chest.

The chest, which comes in a variety of colors and models, measures 27.5 inches high by 31.25 inches wide and 15.5 inches deep, and weighs about 56 pounds.

The model numbers and colors include:

Chests with the colors and model numbers listed above that end in the letter A, B, C, D, or E are also included in the recall.

The chests were sold individually and also as part of a three-piece bedroom set including a bed and nightstand. However, only the three-drawer chest in the bedroom set is being recalled at this time.

According to the notice, consumers are advised to immediately stop using the chest if it is not properly anchored to the wall and to place it in a safe area inaccessible to children. Consumers looking for a refund are being urged to contact South Shore at 855-215-4932 or online at www.SouthShortFurniture.com.

Those who would like to keep the furniture are eligible to receive a free tip-over restraint kit and can request a one-time free in-home installation of the kit to prevent future incidents.

The drawer chest, which was sold online between October 2009 and July 2018 on retailer websites for about $60, has been sold about 310,000 in the United States. An additional 6,900 units were also sold in Canada.

According to a study conducted by the Consumer Product Safety Commission, a total of 195 deaths caused by tip-overs were reported between 2000 and 2016. Disturbing findings from the study show that a child is killed by a falling piece of furniture in the United States every two weeks and that the death rate caused by tip-overs is on the rise among kids. The investigation, launched after IKEA voluntarily recalled 29 million dressers and chests in 2016 after six fatalities and 36 injuries, showed that there was a 33 percent increase in tip-over related injuries between 2015 and 2016. Among these injuries, dressers and storage units accounted for at least 11 percent of the total accidents.

Check your furniture — one of the deadliest hazards to your child may be unknowingly hiding in your bedrooms.