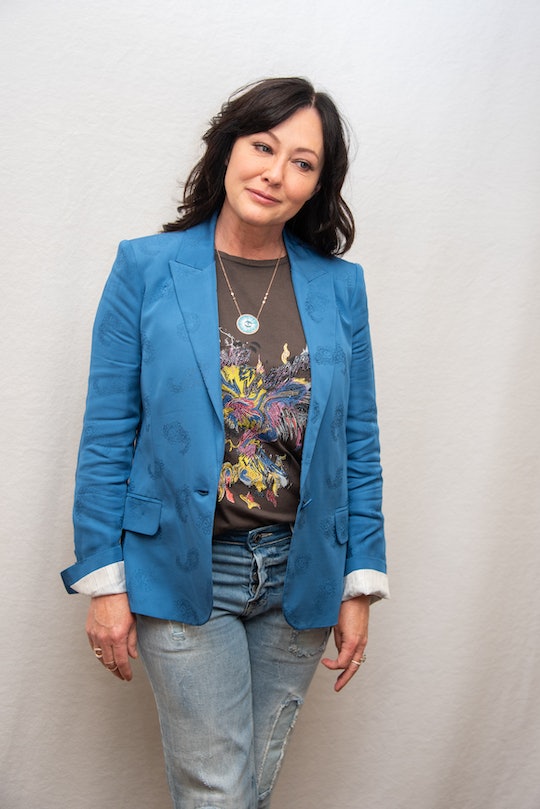 After being diagnosed with breast cancer in 2015, the 48-year-old actress had announced her cancer was in remission in April 2017. Doherty underwent a single mastectomy in May 2016 after it was revealed the cancer had spread to her lymph nodes, Entertainment Tonight reported. Rounds of chemotherapy and radiation then helped put the actor into remission, according to Health magazine.

While Doherty has previously been very open about her cancer diagnosis and treatment, often sharing her journey via social media, she opted to keep news of her recurrence private for a number of reasons, one of which was the unexpected death of fellow 90210 star Luke Perry in March 2019. "It's so weird for me to be diagnosed and then somebody who was, you know, seemingly healthy to go first," Doherty told Good Morning America. "It was really, like, shocking."

Doherty said Perry's death ultimately sealed the deal on her participation in BH90210. "The least I could do to honor him was to do that show," she told Robach. Doherty was further moved to keep her diagnosis quiet due to her return to work, telling Robach she'd wanted to prove that she could do it despite a stage 4 diagnosis. "You know, our life doesn't end the minute we get that diagnosis," she said. "We still have some living to do."

Although Doherty learned of stage four recurrence roughly a year ago, she told Good Morning America that she's still working on accepting the news. "I don't think I've processed it," she said. "It's a bitter pill to swallow in a lot of ways... I definitely have days where I say why me, and then I go, well, why not me? Who else? Who else besides me deserves this? None of us do."