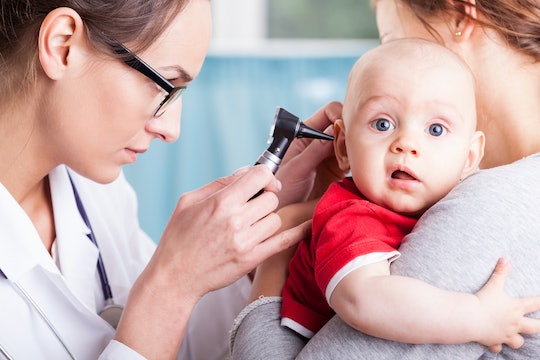 At the end of September, Congress failed to reauthorize federal funding for the Children's Health Insurance Program (CHIP), jeopardizing the health care coverage of millions of the nation's children. Since then, states have watched their respective reserves of the funds (which are administered at the state level) dwindle. Now, with the money starting to run out and the situation seeming more and more dire by the day, some states are warning families who rely on CHIP for their children's health care to prepare for the worst and even to start thinking about alternate arrangements for coverage. As Republicans prioritize cutting taxes for the wealthy as they work to pass their tax bill, many children are in danger of losing their health insurance altogether.

CHIP insures children from relatively low-income families that nonetheless make too much to qualify for Medicaid. According to the Chicago Tribune, it covers almost 9 million kids and 370,000 pregnant women nationwide. In fact, the program has proven itself to be generally popular on both sides of the aisle since it was created two decades ago. That makes it all the more confounding and infuriating that so many families could now be hurtling toward a financial and health care crisis simply because Congress has not acted.

On Monday, Colorado became the first state to officially announce that it would soon run out of the funding that keeps CHIP afloat there. In a letter that no family ever wants to receive — but that the families of about 75,000 kids and nearly 800 pregnant women reportedly will — the state's Department of Health Care Policy and Financing revealed that the program will no longer operate after Jan. 30, 2018, if Congress does not act.

This, of course, is a terrible way for these Colorado families to have to kick off the holiday season, and they are hardly alone. Arizona, Minnesota, North Carolina, and Washington, D.C., stand to exhaust their own CHIP funding sometime in December, The Daily Beast reported, and 27 more states could see their reserves run dry by the time March rolls around. All in all, about 4 million American enrollees face the real possibility of losing their health care coverage completely, Politico reported. These are the unlucky millions who do not live in states where Medicaid would pick them if CHIP disappeared.

It's a situation that Virginia's Department of Medical Assistance Services chief deputy director Linda Nablo called "disturbing" in an interview with the public radio station WBUR. After all, she said, CHIP has done a world of good for American kids since its 1997 inception, explaining to WBUR:

CHIP is, along with Medicaid, is credited with drastically reducing the uninsured rate among America's children. You know, 20 years ago, I think the uninsured rate among children was 14 or 15 percent. It's down now to less than 5 percent. There's also many studies that talk about, children on CHIP get their immunizations. It's required that they get dental care. There are many positive health outcomes from having coverage and being able to take your child to the doctor when you need to.

Still, there is some hope that the worst possible outcome won't come to fruition for all American families. According to Vox, "most people in Washington still believe Congress will act to fund CHIP next month, as a slew of must-pass bills come up on the House and Senate floors." Earlier this month, the House voted to reauthorize the program — although many Democrats were not thrilled that the bill would use Affordable Care Acts funds to ensure that CHIP is up and running, The Daily Beast reported. The Senate has not yet voted on the bill.