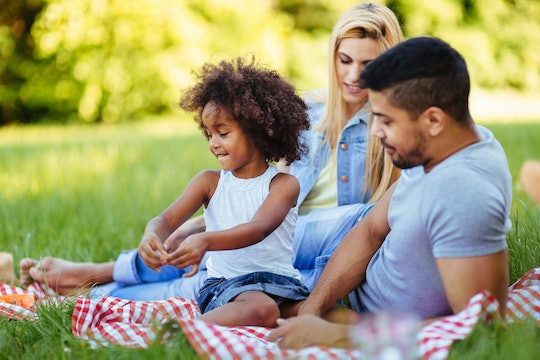 Spending Time Outside Benefits Your Health In These Amazing Ways, New Research Confirms

We generally think that some people are just country people and some people are city people, and that whatever we’re personally drawn to is probably going to make us happy. While this is true, new research shows that wherever you like to hang your hat at the end of the day, for everyone, spending time outside benefits your health in remarkable ways.

A new study from the University of East Anglia in England found that green spaces reduce the likelihood of nearly every type of health risk, from preterm birth issues to premature death, according to Treehuger. In the study, green spaces were defined as “open, undeveloped land with natural vegetation as well as urban green spaces, which included urban parks and street greenery,” according to the university’s report on the research.

“We found that spending time in, or living close to, natural green spaces is associated with diverse and significant health benefits," lead researcher Caoimhe Twohig-Bennett said of the findings in the university's press release. "It reduces the risk of type II diabetes, cardiovascular disease, premature death and preterm birth, and increases sleep duration." More sleep? Sign me up!

The research team came to their conclusions by examining the data from 140 studies from 20 countries that compiled information covering more than 290 million people. And while reasons for the research's findings, that nature promotes better health, aren't precisely understood, the team has a few guesses. For example, according to Treehugger, they proposed that nature exposes us to beneficial bacteria that helps boost our immune system.

So, imagine if, as a culture, we started promoting time spent in the outdoors early in life, making it a habit. That seems to be the desire of many parents. The Guardian reported on a survey done in the United Kingdom, which found that children are spending less than half the time outdoors than their parents were as children. On average, kids today reportedly spend just four hours a week outdoors, as opposed to a little over eight hours for their parents, The Guardian said.

Of course, parenting is hard enough without the added pressure of trying to find more time to spend outside or figure out what might motivate a child to put down technology, so getting outside more often might be easier said than done. But things like stargazing or picking blackberries with your your kids, as suggested by The National Trust, or having your kid spend time with their friends flying kites, playing in the snow, or making a daisy chains are simple and free activities that accomplish just that.

Additionally, HuffPost reported on some specific ways that spending time out of doors benefits kids. One of the most surprising? The impact sunlight has on developing eyes. According to HuffPost, lack of exposure to sunlight can cause myopia (near-sightedness) in children and doctors recommend kids get two to three hours of sunlight — even if it’s not very bright — to help children’s eyes grow healthy.

Researchers have also discovered there is a link between moderate to vigorous activity and increased academic performance, according to one study done at the University of South Carolina. And what’s a great place to get vigorous activity? Running around outside!

And if you have more time, you might even consider taking the kids a little father away from their normal surroundings and having a proper camping trip or forest walk. Though research on this is still underway, Business Insider reported that preliminary results from a study from Nippon Medical School that showed that time in forests especially seems to boost proteins that protect from cancer. What a perfect side-benefit to what is usually a relaxing and fun activity anyway.

Of course if you live in an urban area it can be more challenging to find ways and time to get yourself out to a green space. Nearly every city has public parks where you can at least get your feet into the grass and feel the sunshine, but even sitting under the trees lining the street on a lunch break is a start. And don't forget the wealth of information online these days about day trips from nearly everywhere. But urban planning is part of the reason studies like these are so important; policymakers and developers could be influenced to better plan to include nature spaces within accessible reach of residents if they see definitive benefits, as Treehugger pointed out.

So make sure to take a few minutes and even step outside the door sometime today. While it may feel difficult to put down the demands of life even briefly, just remember: getting some fresh air is great for your health.