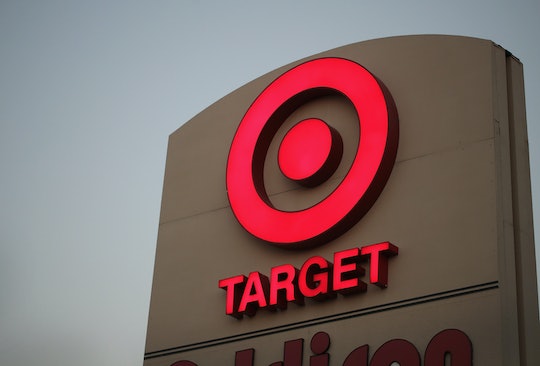 Target's Same-Day Delivery Starts This Month, So Prepare To Empty Your Bank Account

Ah, Target. The promised land of every millennial parent. I'm not a parent myself, but I will admit that there has been many a time when I've been looking for something to do with a friend, and it's not uncommon for us to somehow end up at Target. But if you don't have time to make a physical trip to Target, which is probably especially true if you're a parent, fear not — Target's same-day delivery started this month, and that's truly a cause for celebration.

Not long ago, Target bought Shipt, an online grocery delivery service, according to Real Simple. The company then started rolling out a new Shipt membership-based service in select cities beginning on Feb. 1, allowing customers to buy everything from groceries to electronics and more online, according to Brit + Co. People in Birmingham, Tampa, and South Florida are in test markets for the service right now, and with a for a $99 yearly Shipt membership or a $14 monthly membership, they can get free same-day shipping on all orders over $35 that are purchased online or through the Target app. Pretty exciting, right?

The delivery service will roll out to other locations in Alabama, Georgia, North Carolina, South Carolina, and Tennessee in February as well, NBC News reported. And while Target's same-day delivery isn't available to everyone in the country just yet, by the end of 2018, it should be.

When you schedule a delivery using Target's same-day delivery option, your items should arrive in as little as one hour, according to Brit + Co. That's pretty awesome, especially if you have a fairly loaded schedule and you have to have a good idea of when you should be available to accept your purchase (I'm looking at you, delivery services that give extended and inconvenient estimated time-of-arrival windows).

And while this same-day delivery process sounds pretty great so far, there's at least one downside to keep in mind. It looks like Shipt prices are different than in-store price tags, Real Simple reported in January. That means items that you buy through Shipt might be slightly more expensive than if you'd purchased the same thing in the store.

For example, someone who wrote about Shipt back in June (before Target bought the service) reported that one item on her list was almost a dollar more when purchased through Shipt, according to The Penny Hoarder. The Shipt website explained that its prices "will vary slightly from in-store prices to help cover the costs of picking, packing and processing." So you've got to be careful about that when you're deciding on a purchase.

Offering same-day delivery has been a major goal for Target, according to its executive vice president and chief operating officer John Mulligan. He said in a statement, according to The News & Observer:

Same-day delivery was at the top of our list when we were thinking about ways to make shopping at Target even easier. Shipt’s personalized, customer-focused approach fits perfectly with our commitment to deliver a convenient, exceptional experience and we’re excited to begin offering same day service in the Southeast.

Convenience is a major selling point Target and Shipt are pushing to potential customers. Julie Coop, a spokesperson for Shipt, said:

When you think of grocery delivery, you think of convenience. This is highly tailored personalized shopping. Our Shipt shoppers are all-stars.

And it does seem like offering same-day delivery for convenience purposes is the goal for a lot of retailers these days. Target is far from the first big name to offer the service, after all — Walmart, Best Buy, and Amazon all offer some form of same-day delivery, according to Business Insider.

But it really does sound like Target's Shipt service will be one of the most formidable competitors when it comes to the sheer number of customers it can serve. Shipt already has a network of more than 20,000 personal shoppers who buy products for other people and then deliver them in just a few hours, and the company is looking to hire more, according to NBC News. The additional manpower will be useful for Target — shopping giant Amazon currently handles 38 percent of all online shopping, NBC News reported.

If you're definitely interested in getting in on Target's same-day delivery game, you should make it a habit to check Shipt's website to see if the Target stores in your area offer the delivery service yet. Even if your Target doesn't offer it now, it won't be long before you should be able to take advantage of the store's super convenient same-day delivery option. But in the meantime — anybody up for a Target run?