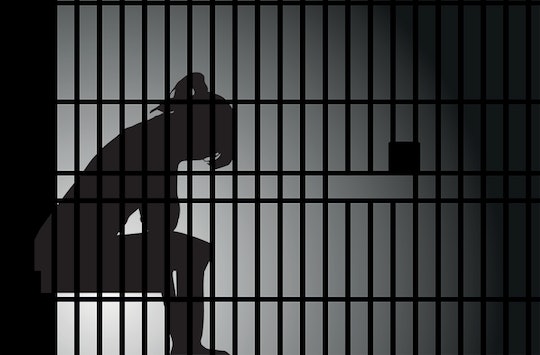 This Law Aims To Improve Care For Pregnant Inmates, But More Needs To Be Done

Back in December 2018, President Donald Trump signed the First Step Act into law, a bipartisan effort that focuses on criminal justice reform. One of the First Step Act's goals is to improve care for pregnant inmates, which includes banning the restraint of "federal inmates during pregnancy, labor and postpartum recovery unless the inmate is considered a flight risk or an immediate threat to themselves or others," according to NBC News. But while this bill might seem like a big step forward, some experts argue that there's much more work to be done to properly care for pregnant inmates.

These days it's rare to witness a sweeping bipartisan bill signed into law, which probably is one reason why the First Step Act has received so much attention. To drive the bipartisan support home, the House passed the bill by 358-36, after the Senate passed it by 87-12, according to USA Today.

To sum up the bill's goal, it seeks to make major improvements to the criminal justice system, especially where it concerns how people of color are sentenced. And when it comes to pregnant inmates, the bill aims to "prohibit the shackling of pregnant prisoners in federal custody, except in certain cases," according to the American Civil Liberties Union (ACLU).

Addressing this issue is important because restraining pregnant inmates can cause physical trauma, like blood clots, to name one risk. Additionally, "the practice of handcuffing women to their beds dangerously restricts mobility, and prevents immediate transfer to an operating room, for an emergency C-section, for example," according to Fordham Urban Law Journal.

On top of that, there's the issue of emotional trauma, as this practice is degrading and inhumane. But most of all, it's arguably unnecessary because most female inmates aren't violent offenders, and pregnant women are also unlikely to pose a flight risk, according to the ACLU.

So, while it's a positive step forward that the First Step Act will prohibit this practice, it's important to note that the bill only pertains to federal prisons. This is problematic because "of the more than 219,000 incarcerated women, only 16,000 are in federal prison," according to the Women's Media Center.

Not only should this ban extend to all prisons across the board, but more work needs to be done to better protect the rights of pregnant inmates in general.

There are many problem areas to tackle, but one important issue is to ensure that all pregnant inmates receive the same quality of prenatal and postpartum care.

"We know that there is a lot of variability in the kind of medical care that any incarcerated person, but especially a pregnant incarcerated person, receives," Dr. Carolyn Sufrin, an OB-GYN at Johns Hopkins School of Medicine, said about the troubling disparity according to NPR. "Despite a constitutional mandate that prisons and all institutions of incarceration provide health care to people inside, there is no mandatory oversight that these institutions must follow. And so you get a wide range ... of some places that are actually providing relatively good pregnancy care and others that are providing harmful, neglectful or absent pregnancy care."

From withholding healthy food to long wait times to see a doctor, there are a lot of ways in which prisons drop the ball, issues Dr. Sufrin and fellow researchers outlined in the recent study, Pregnancy Outcomes in US Prisons, 2016–2017.

To address these gaps, lawmakers need to hold prisons accountable for ensuring protective laws are put into practice, and there needs to be national standards set for prenatal and postpartum care in prison.

"The (Supreme) Court doesn't set policy in the sense of saying what those standards are or how agencies should comply with the law," Maya Wiley, a legal analyst for NBC News and MSNBC, explained.

Lastly, advocates should keep talking about these issues to ensure that pregnant inmates aren't forgotten. These people deserve respect, adequate care, and the basic rights that many others outside of the prison system enjoy. The First Step Act is just the beginning of this long and necessary fight.

More Like This
11 Doctor-Recommended C-Section Scar Removal Products
Considering Getting A Tattoo While Pregnant? Here’s What To Know
Can Swimming Induce Labor? Experts Weigh In
What You Need To Know About Eating Burrata During Pregnancy