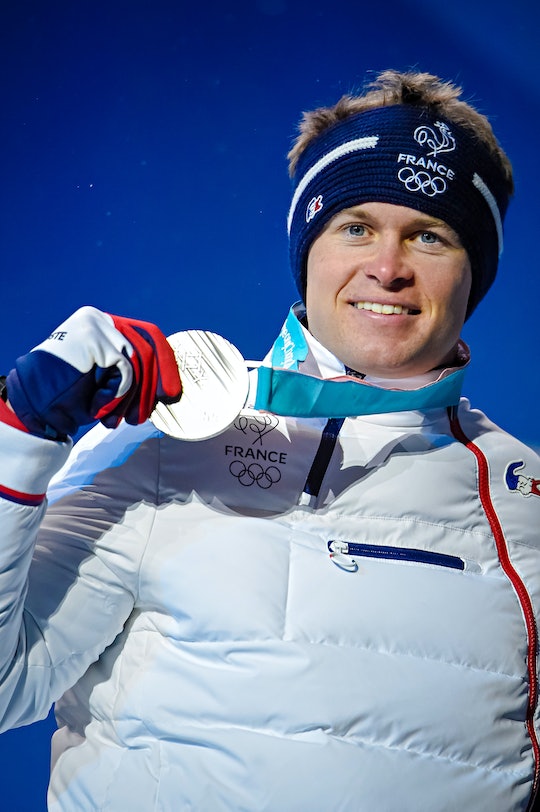 What Is The Value Of An Olympic Silver Medal? Here's How You Can Tell

The ultimate goal of Olympic athletes is to go home with the gold. But considering the level of competition at the games, placing at all is more than impressive. Along with the prestige of being a medal recipient, the awards themselves have worth. The Olympic silver medal value, for example, may surprise you. However, just how much you can get for a medal varies depending on how you break it down.

One way to cash in on a medal is to melt it down and sell it for scrap metal. Gold, silver, and bronze medals all weigh roughly a pound and measure at about one-third of an inch thick, according to the PyeongChang Organizing Committee. Silver medals are solid silver, and Forbes values them at about $320. Golds are worth a bit more, although they aren't made entirely of pure gold. First place medals are about one percent pure gold plating on top of silver, making them worth about $577. Bronze medals aren't even worth melting down though; they are composed of a copper alloy and would only get you $3.50.

Of course, melted down metals are often worth a lot less than intact. Instead, selling them at auction is the way to go if you really want to cash in. Jonathan Scheier, the consignment director of sports memorabilia at Heritage Auctions, told TIME that silver medals earn between $10,000 and $30,000 at auction — less than the $20,000-$50,000 you would get for a gold, but more than the under $10,000 price tag for bronze.

Not all medals are created equally, though. Scheier also told TIME the recipient of the medal also influences its value:

Gold would always be the most valuable. But a silver or bronze from a famous athlete could certainly command a higher price than a gold from a relative unknown. There are also plenty of examples that fall outside these ranges based upon factors of event, recipient and condition.

For example, the gold medal awarded to track and field star Jesse Owens at the 1936 Berlin Olympics sold for a whopping $1,466,574 at auction, according to NorthJersey.com. In that case, it was the context of the award that upped its value. Owens, a black man, won four gold medals that year and symbolically debunked Hitler's claim of "Aryan supremacy" in athletics. Context, more than content, made his medal so valuable. Value also differs depending on which Olympic Games the medal comes from. In general, Summer Olympics medals are worth more, but that can vary as well.

Despite how much work goes into earning them, Olympic medals often pop up on the auction block, and even on eBay. There is ample interest in them, as well. Don Bigsby, president of the Olympin Collectors Club, told USA Today that it is the thrill of the chase that draws many collectors in:

People will tell you, 'There's no way you'll ever get one of them.' When you're a collector, that's what sets you in motion to try to get them. It's the thrill. People would like to be a winner, they would like to participate, but they never can. So their next best thing is they own one of these medals.

Along with the appeal of vigorous athletic competition, each Olympic medal is also a work of art. This year's medals were designed by the famous South Korean designer, Lee Suk-woo, according to Forbes. Utilizing the Korean alphabet Hangeul, he spelled out "Olympic Winter Games PyeongChang 2018." [The designer integrated tree trunk imagery into the design, which organizers told Forbes is meant to symbolize both Korean culture and the work that went into organizing the games in PyeongChang.

The value of an Olympic medal is dependent on a number of factors, and you could be looking at hundreds, or thousands, or even millions of dollars. The pride and sense of accomplishment that comes from earning such a distinction is priceless, but it's always good to know that there is another way to cash in on your success.