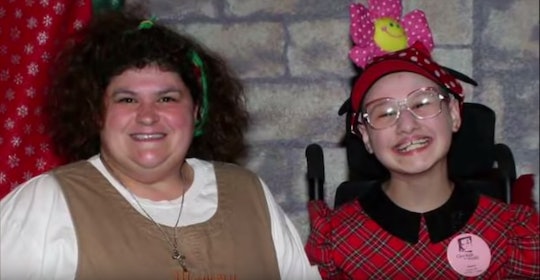 Back in 2017, HBO aired a documentary called Mommy Dead and Dearest that centered on a wheel-chair-bound teenager named Gypsy Rose — whose boyfriend killed her mother at her request. If that were the only disturbing part of the story, it might be only a few people who remember Gypsy's name today. In reality, it was discovered that Gypsy's mom suffered from Munchausen by Proxy — a mental health disorder — and that the "chronically ill" teen had been abused by her mom for years. Years later, now there's a new conviction in the murder of Dee Dee Blanchard.

On Friday, Feb. 22, Nicholas Godejohn was sentenced to life in prison without parole for the murder of Clauddine "Dee Dee" Blanchard in 2015, The Springfield News-Leader reported. The 29-year-old Wisconsin man — who started an online relationship with Dee Dee's daughter Gypsy years ago — had been found guilty of first-degree murder in November, People reported.

In 2015, Godejohn allegedly confessed to killing Blanchard in her Missouri home, according to Fox 14 News. “I did actually stab her,” he said during an interrogation, explaining he did it because he loved Gypsy. "I would have never did it if it were not for me and her." Although the defense argued that Godejohn's autism prevented him from understanding his actions, the prosecution maintained that he understood exactly how serious the crime was.

As for Gypsy? She's currently serving a 10-year prison sentence — and is eligible for parole in 2024, according to Rolling Stone.

As Jezebel reported, the story gained national attention because, well, it was just so bizarre. Gypsy's friends and family believed she had cancer, mental disabilities, and more. However, a now 25-year-old Gypsy claims her mom abused her over the course of her entire life. Gypsy alleges Dee Dee kept her sick, forced her to have a number of unnecessary surgeries, and made her stay in a wheelchair — which are all signs of a mental illness called Munchausen by Proxy.

Of this condition — now referred to as "factitious disorder imposed on another" — the Cleveland Clinic says:

In this mental illness, a person acts as if an individual he or she is caring for has a physical or mental illness when the person is not really sick. The adult perpetrator has the diagnosis (FDIA) and directly produces or lies about illness in another person under his or her care, usually a child under 6 years of age.

It was allegedly because of this abuse and her desperation to escape it that Gypsy allegedly asked Godejohn to kill her mother. "I just don't understand how somebody can do this to their child," Gypsy told Dr. Phil in 2017. "I trusted her so much. She told me that she loved me, that she was trying to protect me. The only person I needed protection from was her."

The sentencing of Nicholas Godejohn finally puts to rest this highly-unusual case. He will spend the rest of his life behind bars for the murder of Dee Dee Blanchard. Meanwhile, Gypsy could — some would argue, for the first time in her life — be a free woman in five years.